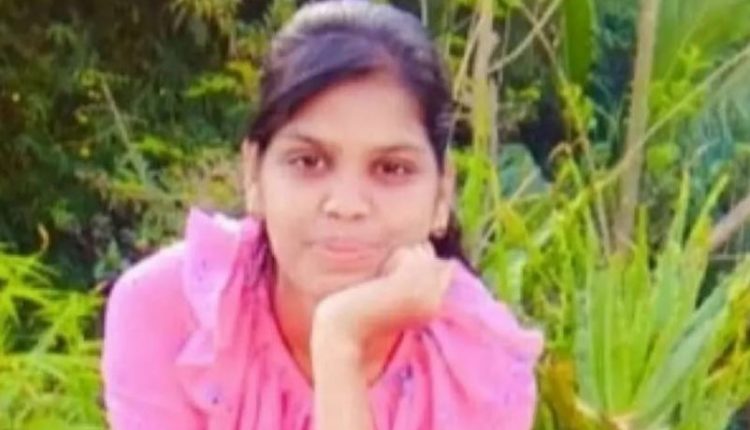 Bhubaneswar: Over three months after a girl student of BJP Autonomous College in Bhubaneswar was found dead in her hostel room, the Odisha government has sought a status report on investigation in the case by Wednesday from the police.

In a communication to the Bhubaneswar Deputy Commissioner of Police, Principal Secretary, Higher Education, Bishnupada Sethi requested him to submit a present inquiry status report by October 12 in the matter relating to Ruchika Mohanty suicide case for necessary action.

“You are requested to submit a present inquiry status report by 12th October 2022 on the matter of Ruchika Mohanty suicide case,” he said in the letter.

“This is to be treated as most urgent,”  the letter dated October 11 added. 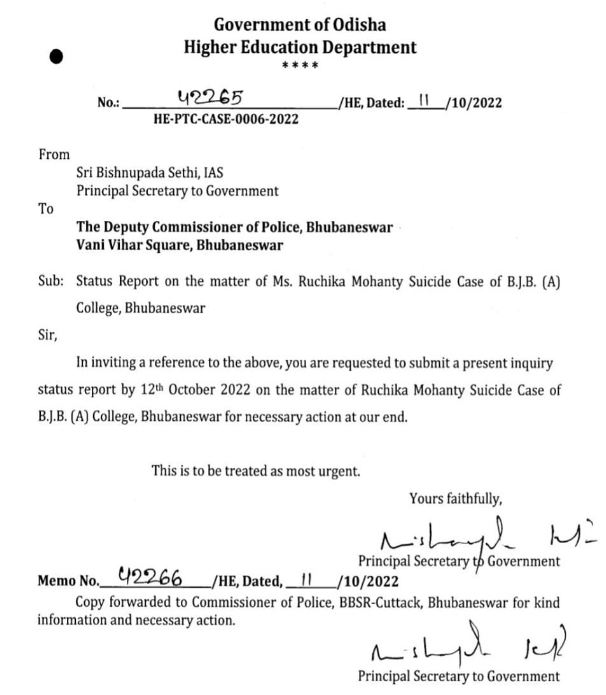 It may be noted that Ruchika Mohanty, a Plus III girl student of BJB Autonomous College in Bhubaneswar, was found dead in her hostel room on July 2, this year. The police, which had seized her body and sent it for post-mortem, had stated that the girl had died of asphyxiation.

The Commissionerate of Police, in a release, had said that the post-mortem report has mentioned that Ruchika’s death was caused by suffocation in wind pipe due to hanging by neck. The viscera sample of the body has been sent to laboratory for further confirmation and obtaining the details, it added.

Following her death, police had found a suicide note from her pocket. The note reportedly stated that she was taking the extreme step after being harassed by her seniors in the college.

According to sources, the Commissionerate Police had formed three teams headed by additional DCP for investigation into the case under direct supervision of Bhubaneswar DCP. The family members of Ruchika, statements of her relatives and the letter found from the deceased student were brought under the purview of investigation. The police had been directed by the government to complete the investigation as soon as possible.

Stating that the Home department follows zero tolerance towards crime and criminals, the government had directed the educational institutions to take steps as per the SOP issued by the department to stop ragging of the students in the campus.

Taking a suo motu cognizance of the case, the Odisha Human Rights Commission (OHRC) had also issued a notice to the Commissionerate of Police and sought a report on the case and probe status.