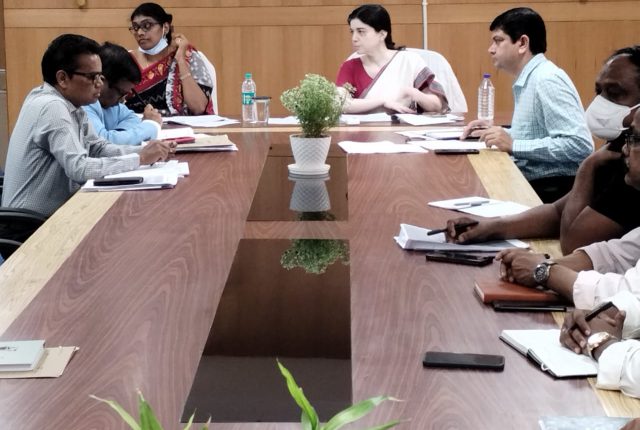 Health and Family Welfare Secretary and Chairperson of State Health Assurance Society (SHAS) Shalini Pandit gave direction in this regard while reviewing activities of the BSKY team.

The team was also asked to ensure cent per cent of the compliance to the feedback received from people through Mo Sarkar mechanism in a time bound manner, an official release said.

Redressal of the grievances received through toll free numbers like 104 ( call centre) and 155369 ( card related issues) was also emphasised by the Chairperson.

Review showed that more than 95 per cent of the grievances received through different windows including social media were attended and appropriate actions were taken, it said.

The matters relating to ranking of the hospitals as per BSKY performance figured in the meeting. Categories and criteria of ranking of the empanelled hospitals both inside and outside the state were deliberated and worked out.

It was decided to take up patients’ satisfaction level as the principal criterion of raking along with other service-centric allied criteria.

The Chairperson also emphasised on placing of prominent signage in conspicuous places of the hospitals for convenience of the patients. The functional issues relating to the speed of internet connectivity, OSWAS operationalisation, strengthening of human resource, and up-gradation of BSKY software for online raising of claims, scrutiny and approval were discussed in the meeting. Solutions were worked out, and Chairperson set timelines for completion of different tasks.