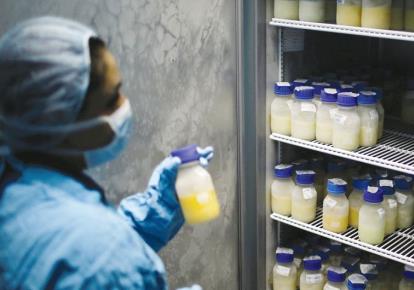 Cuttack: The ensure that the neonatal babies are not deprived of mother’s milk, the Odisha government, for the first time, has decided to set up mothers’ milk bank in SCB Medical College and Hospital in Cuttack and the Capital Hospital in Bhubaneswar.

For effective management of the bank and to involve more lactating women to donate breast milk, the authorities of the SCB have launched an awareness campaign.

A team of doctors of the Paediatrics department led by the head of the department Prof Leena Das will leave on December 21 for Hyderabad for training on managing such banks.

Informing the media, Prof Das said that a place inside Special Newborn Care Unit (SNCU) would be identified for the bank. Apart from this, steps would be taken for proper preservation of the mothers’ milk while breast pump and milk testing equipment would also be procured so that the lactating mothers admitted to the SNCU ward and Paediatric ward can feed their baby with the milk from the bank.

“We have begun an awareness campaign to educate and convince these mothers about the benefit of the mothers’ milk and involve them to donate breast milk to the bank to facilitate the newborn babies, who are deprived of mothers’ milk after the death of their mother,” she added.

Breast milk is not only better digested but has a number of anti-infective substances that prevent diarrhoea and other infections in premature and sick babies, she pointed out.

The first human milk bank was established in 1989 at the Sion Hospital in Mumbai. Nearly 3000 to 5000 babies benefit from the services of this milk bank every year. Nearly 800 to 1200 litres of human milk each year is received and fed to sick and vulnerable babies in the Neonatal Intensive Care Unit.

At the Comprehensive Lactation Management Center (Human Milk Bank), new mothers are provided support to breastfeed their babies, and donate excess milk for other sick babies in the hospital.

12 Killed In Maoists Violence In Odisha This Year: Union Minister