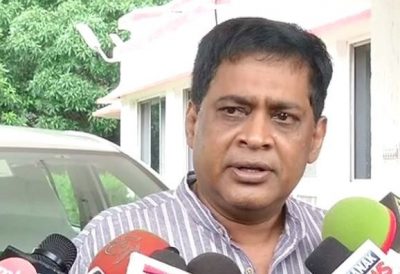 Bhubaneswar: One of the richest ministers in the Naveen Patnaik government, Odisha’s Health and Family Welfare Minister Naba Kishore Das owns a large fleet of over 70 vehicles valued at around Rs 15 crore.

The vehicles owned by the minister as on December 31, 2021, included a Mercedes Benz whose present value is estimated at over Rs 1.14 crore. The minister owned 80 vehicles in the previous year.

According to the property statement declared by Das, he has a deposit of over Rs 45.12 lakh in different banks at Sambalpur, Bhubaneswar and Jharsuguda. The minister has invested over Rs 77.43 lakh in different fixed deposits.

Similarly, his spouse has deposits in different banks, mostly in Sambalpur, amounting to over Rs 1.13 crore and fixed deposits of more than Rs 2.24 crore. She also owns immovable property in the form of shares and insurance policies.

While Das owns agricultural land with an estimated value of over Rs 1.09 crore, his spouse owns similar land worth around Rs 99 lakh. The Minister owns non-agricultural land valued at over Rs 83 lakh.

This apart, Das owns residential buildings at different places, including New Delhi, Kolkata, Bhubaneswar, Rairakhol and Jharsuguda, with an approximate total value of Rs 2,28,15,000, while his wife owns commercial properties with the current value of around Rs 2,40,00,000.

Before the 2019 elections, his total assets were estimated at over Rs  33 crore with a liability of over Rs 21 crore, as per ADR Election Watch.