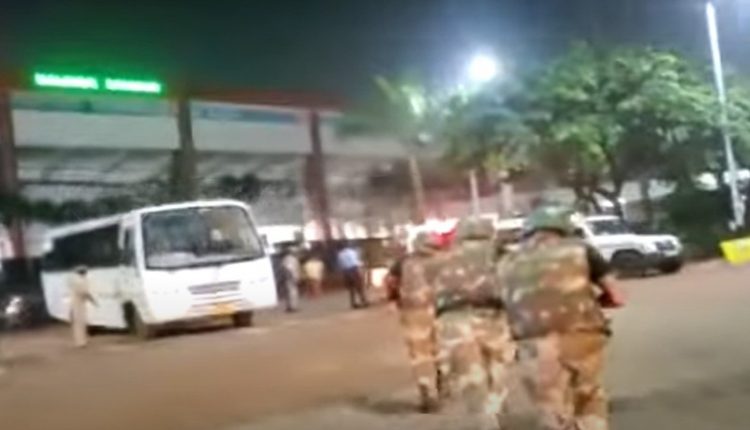 Bhubaneswar: Ahead of FIH Hockey Men’s World Cup 2023 in Odisha, the Comissionerate Police carried out a security mock drill at Kalinga Stadium here on Thursday night.

According to sources, the mock drill replicated the terrorist-commando clash. It was conducted by National Security Guard (NSG), Special Operation Group (SOG), and Counter Terrorist Squad (CTS) to assess the security preparedness at the stadium.

Along with the safety of hockey players, the focus was on the security of  VIPs and VVIPs along with viewers during the match.

The mock drill showcased how to rescue people safely with the help of local intelligence team, and firefighters in case of any terrorist attack during the match.

The quadrennial world championship, involving 16 countries including India, will be held at Bhubaneswar’s Kalinga Stadium and Birsa Munda Hockey Stadium in Rourkela, the largest hockey stadium in the country with a capacity of about 20,000, from January 13-29 next year.