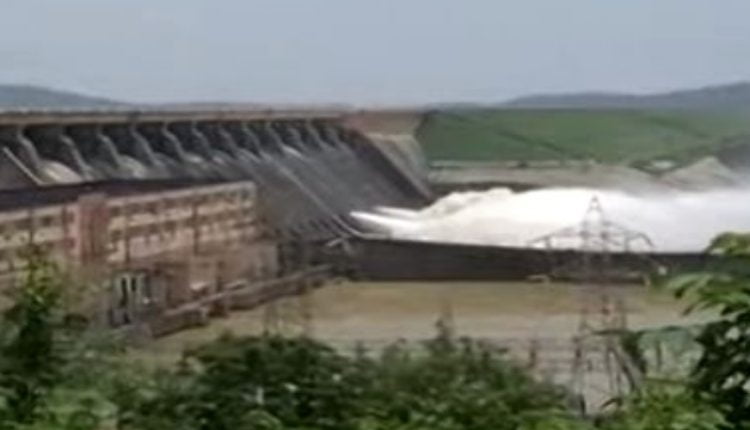 Sambalpur: The Hirakud Dam authorities released the first floodwater of this season into River Mahanadi on Sunday.

The authorities opened the dam’s sluice gate no-7 at 10.56 am after performing a puja.

The water level of the reservoir till 9 am was 609.39 feet as against the maximum (full reservoir) level of 630 feet.

The dam authorities told the media that there was no imminent fear of flood and as there has not been much due rainfall in the upper catchments of Mahanadi, only two gates had been opened. If required, one more gate would be opened subsequently.

They said while about 28,000-30,000 cusec of water will be released from the dam from the two gates, there will be no flood situation in the downstream of the river.

The authorities regulate the water level in the decades-old earthen dam using the Rule Curve, a guideline determined through studies over a long period of time.