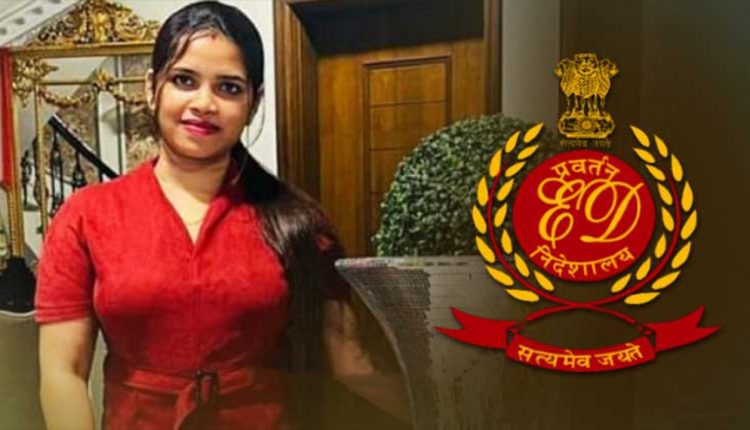 Bhubaneswar: The Enforcement Directorate (ED) has initiated steps for confiscating the properties of Honeytrap kingpin Archana Nag, her husband Jagabandhu Chand and their aide Khageswar Patra.

The central investigating agency has issued notices to alleged lady blackmailer Archana, Jagabandhu and Khageswar to show cause as to why their properties will not be attached.

At the same time, the central probe agency is also gearing up to carry out further interrogation of Archana and Khageswar in next two days following court’s permission.

According to reports, the court has allowed the ED to grill Archana on Wednesday and Khageswar on Thursday inside the Jharpada jail in Bhubaneswar where the two are lodged.

The two, who have already been interrogated by the premier probe agency regarding the proceeds of the crime, are likely to be questioned about the information obtained form the digital evidence. The State Forensic Science Laboratory (SFSL) recently submitted the analysis report of several electronic gadgets which had been seized from the honeytrap mastermind.

Archana, who is accused of running a sex and extortion racket, and the other two have been arrested by the ED under the Prevention of Money Laundering Act.

The ED is investigating the financial transactions of Archana and her husband after it was ascertained that the couple has amassed property worth Rs 30 crore in a span of only four years from 2018. The couple was accused of blackmailing rich and influential persons and earning crores by trapping them in the sex racket.

Khageswar had done many bank transactions amounting to lakhs of rupees with Archana since 2017.