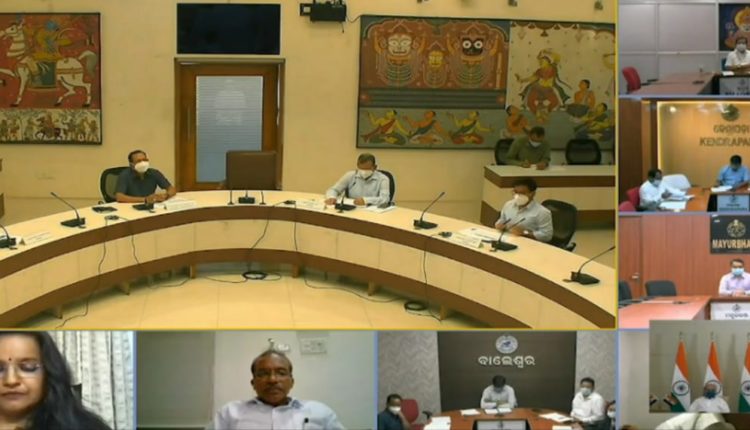 Bhubaneswar: Odisha has pegged the loss due to Cyclone ‘Yaas’, which made lanfall around Balasore on May 26, and heavy rains in the aftermath of the storm at Rs 610 crore.

He further said that Rs 66 crore was needed for relief work.

“The administration had worked with the aim of ensuring zero-casualty and was successful in its mission,” he added.

The SRC said waterlogging had ravaged crops and a team of scientists was preparing a report for dealing with the situation.

He informed that the cyclone-ravaged people were provided with 1000 DG sets for uninterrupted power supply and drinking water was provided through tankers.

Nearly 30 lakh power subscribers were affected during the cyclone and 99.8 per cent power supply has been restored so far. The electricity department has taken up the work to install 230 transformers destroyed during cyclone. The loss is nearly Rs 150 crore.

Panchayati Raj department said that 10 mobile water treatment plants were pressed into service to ensure uninterrupted water supply to the people. By May 31, all the tube wells and piped water projects were disinfected. The damage to roads, primary schools and Anganwadi centres has been pegged at Rs 277 crore.

The housing wing said the lighting facility of eight urban centres were destroyed due to cyclone and torrential rain. The drinking water facility, except in Basudevpur area, was restored in 24 hours. The embankments were breached at different places and the loss amounted to Rs 108 crore.

The CM advised officials to document the preparations prior to the landfall of ‘Yaas’, evacuation and relief and restoration work for better cyclone management in the coming days. He lauded the wings concerned for containing the disaster effectively.