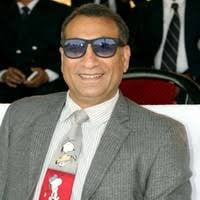 A notification issued by the Home Department said that Chhabra would replace Satyajit Mohanty, who is currently posted as the in-charge DGP.

The state government, in a sudden reshuffle on November 20, had removed the incumbent in-charge DGP BK Sharma from his post and posted him as Officer On Special Duty (OSD), Home Department. Director of Hyderabad-based Sardar Vallabhbhai Patel National Police Academy 1986-batch IPS officer Abhay was appointed as the top cop in his place.

In the reshuffle, DG Prisons Satyajit Mohanty was posted as Special Director General (Intelligence) and was asked to serve as in-charge DGP till Abhay took charge.

Apart from this, DG, Intelligence, Sunil Ray was appointed DG, Fire Services and Home Guard the post, which was held by Sharma earlier.

Rourkela’s Woman Newspaper Hawker Picture Of Confidence On Her Scooty

Police Net Looters On Prowl In Bhubaneswar With 4 Arrests