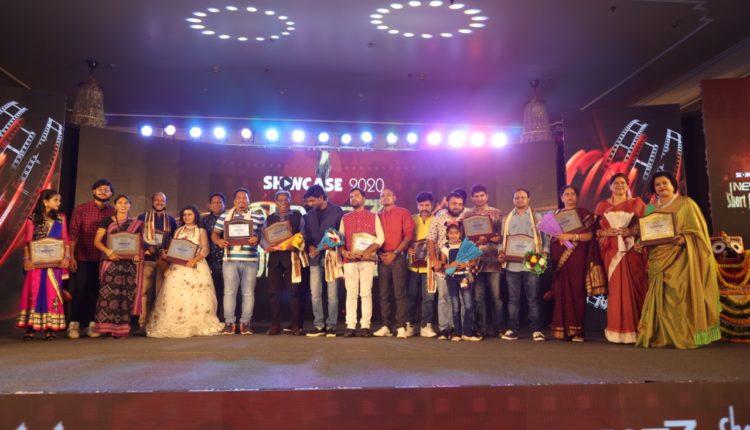 Bhubaneswar: ‘Through the Eyes of an Artist’, a short film produced by Kalandi Charan Sahoo, was adjudged the best film at ‘Showcase-2020’, a short film contest, in the Odisha capital.

The winning film was awarded a cash prize of Rs. 50,000 along with a plaque and certificate at a function held here on Friday.

A short film is an innovative concept that requires a filmmaker to express himself within a few minutes.

Abhisekh Swain won the best director award for ‘Through the Eyes of an Artist’ while Choudhury Jayprakash Das (Gudia) and Prativa Panda (Abhinetri) were adjudged the best male and female actors respectively.