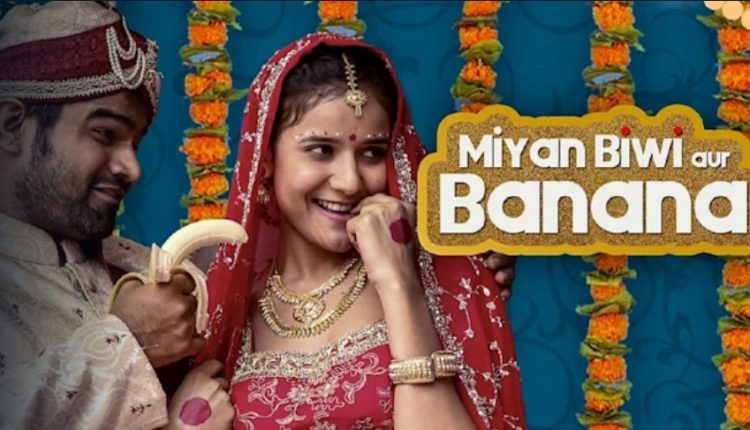 Jajpur: A lecturer from Odisha’s Jajpur has filed a complaint with police against Hindi short film ‘Miyan Biwi Aur Banana’ for showing disrespect to Lord Jagannath and Maa Narayani.

Debi Prasad Das, who is working as a lecturer in Government Professional Higher Secondary School at Vyasanagar Autonomous College, Jajpur, has filed the complaint in Citizen portal of Odisha Police. The film is now streaming in OTT platform Disney Hotstar.

Speaking to Odisha Bytes, Das said he has filed the complaint against Disney Hotstar, Kara Studios, producer of the film Karan Murakka and director Nina Srivastava.

“Though the 17-minute film carries a welcome social message on sanitary napkin, its dialogues have shown our Lords in poor light. In one scene in the film, a mosquito has been called as Lord Jagannath. In a dialogue aimed at the mosquito, derogatory words have been used meaning the Lord,” he said.

“Similarly, in another scene, the actress claims herself to be Narayani and mouths some dialogues which are unprintable,” claimed the lecturer.

Stating that the filmmakers had hurt the religious sentiments of crores of devotees around the world, he said the producer and director of the film besides the channel must apologise for disrespecting the God and Goddess of Odisha.

Das said he has obtained the copy of his complaint from Jajpur police station and would follow it up. If necessary, he would file a case in the court against the filmmakers as a devoted follower of Lord Jagannath.