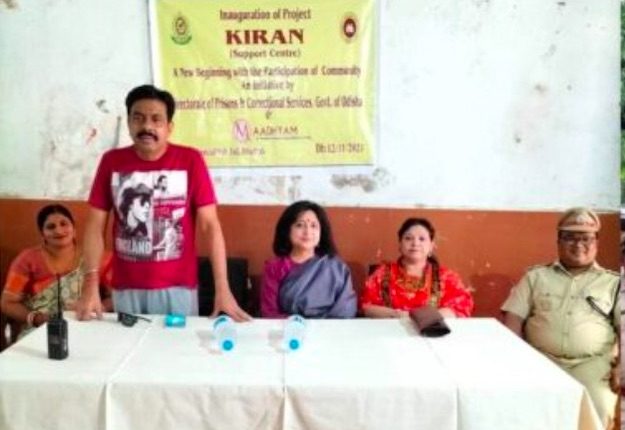 Bhubaneswar: The mystery surrounding web channel owner Sarmistha Rout and the memory chip, which allegedly led to the abduction and murder of cameraman Manas Swain, is deepening with every passing day.

“So far, we have no clue on Sarmistha’s whereabouts. Three teams searching for her outside Odisha, one team in the state,” Bhadrak SP Charan Meena said on Tuesday.

He said that Police had earlier let her go after formal quizzing. “We had called her twice to a police station and questioned her as well. Her involvement in the case surfaced only after the arrest of three accused and subsequent recovery of the cameraman’s body,” he said.

Sarmistha, who is suspected to be the mastermind in the case, was called for interrogation twice. During her interrogation, a senior police officer had reportedly called and told the team that she was not involved in the murder, following which she was allowed to leave, media reports said.

This allegation found credence after two pictures of Sarmistha with multiple police officers, including Additional SP, Bhadrak, Jatin Panda, started doing the rounds. These pictures date back to November 2021 when an event was held at Bhadrak Special Sub-Jail.

Notably, the Additional SP had been briefing the media in connection with the arrests in the case, including that of retired Odisha Information Service officer Niranjan Sethi and another accused, Raj Nayak, on Monday.

The SP said action will be taken after a probe in this connection. He added that police are yet to lay their hand on the memory chip, which allegedly had sensitive content – videos and photos – related to some high profile people.

While he claimed that there was no pressure on the police in the investigation of the murder case, a number of questions have remained unanswered:

>> Why did Sarmitha move Orissa HC for anticipatory bail if she was innocent?

>> Why was her vernacular daily recommended for government accreditation during the last days of Sethi’s tenure as Director (Technical)?

>> Why was it given an advertisement tariff which was also higher than other periodicals?

In an attempt to mislead the investigation, one of the accused, Krushna Chandra Nayak, had also written a letter posing as Swain in which the latter admitted to his mistake. The letter also mentioned that Sarmistha had asked Swain to leave after he returned the ‘stolen’ memory chip.

Besides Krushna (50), Bhagyadhar Nayak (26) and Bibek Nayak (19) were arrested on March 12 for allegedly kidnapping Swain. The interrogation revealed that they had killed Swain at an old age home in Bhubaneswar and buried his body in Nayagarh district to destroy evidence. Based on the statements of the accused, Swain’s body was exhumed from Ranapur in Nayagarh the same day, more than a month after he had disappeared. The trio also confessed to have committed the crime at the behest of Sarmistha, police sources said.

Notably, the 28-year-old cameraman was allegedly kidnapped on February 7 when he had gone to Bhadrak to film a wedding function. His family lodged a missing complaint on February 14 when he didn’t return even days after the event and could not be traced.

18 EV Charging Stations To Come Up In Odisha Capital