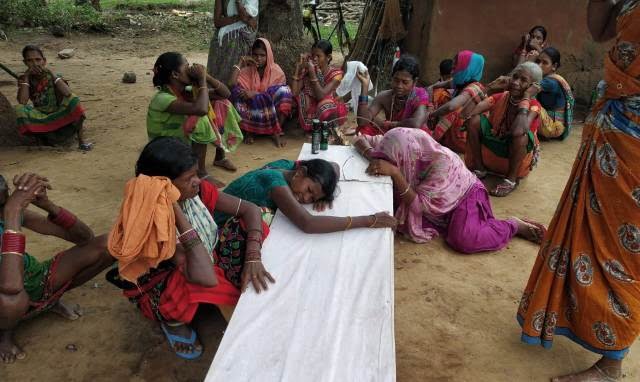 Malkangiri: Four days after the encounter between Greyhounds and Maoists on Odisha-Andhra Pradesh border, Malkangiri police brought the body of Odisha’s hardcore Maoist Deba Madhi alias Ranadeb to his native village where he was cremated.

Ranadeb was cremated at his native village Tekaguda under Kalimela police limits in Malkangiri district on Sunday.

Madhi was among six top cadres who were killed in the encounter with the Greyhounds inside Theegalametta forest in Koyyuru Mandal under Mampa police limits in Vishakhapatnam district of Andhra Pradesh on June 16.

As he was actively involved in a series of violence in the cut-off area of Chitrakonda in Malkangiri district for some years, Odisha Police had announced a cash reward of Rs 5 lakh on his head.