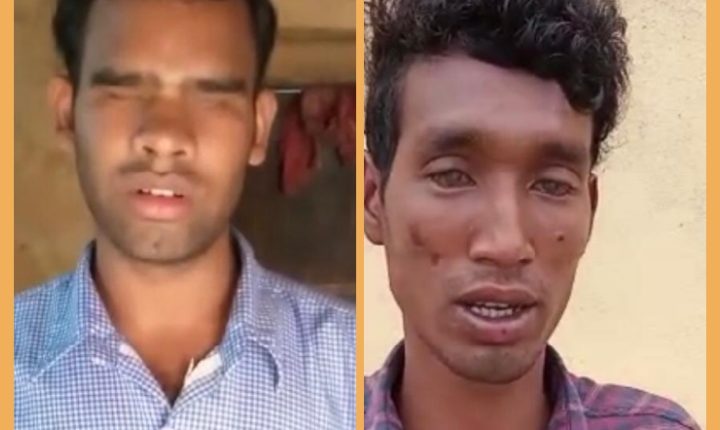 Bhubaneswar: The future of 139 students with disabilities in Odisha hangs in the balance with the Board of Secondary Education (BSE) failing to publish their matric results.

Though BSE declared the matric results of around 5.6 lakh students through alternative assessment due to the pandemic, it didn’t do so for the divyang students in eight special schools.

On its part, the BSE maintained that the special schools were not affiliated to it and hence their results were not declared.

On the other hand, the eight special schools receive grant-in-aid from the Odisha government’s Social Security and Empowerment of Persons with Disabilities (SSEPD) Department.

Louis Braille School for Blind is one such school. The school’s general secretary, Prafulla Panda, said, “Though our schools are running under NGOs, we receive grant-in-aid from the SSEPD Department. Our students have been appearing for the matric exams through correspondence course for the past 15 years.”

“The marks obtained by these physically-challenged students in the annual and half-yearly examinations, which were held in the institutions, should be considered. We are now planning to move the High Court in this regard,” he added

Echoing the sentiment, Director of Welfare School For Blind in Balasore Dibakar Shaw said, “The results of the matric exams were published on June 25. But the results of 15 students in our school were not published even though they had filled up the form for the exam through correspondence course. I am really sad about this,” Shaw said.

“We don’t have board affiliation through correspondence course. The BSE said it could not decide on the results of the special schools as they are not affiliated to it,” Shaw added

“We have been trying to get the affiliation since 2016. We had also requested the School and Mass Education Department to give us a no-objection certificate in this regard. But they have not yet done so. Our students cannot appear in the exams directly. The School and Mass Education Department is responsible for this situation today. We are worried for the future of these students,” he said.

On their part, the students are a worried lot due to the alleged government apathy towards them.

Raja Sahoo, a divyang student, said he dreamt of pursuing higher studies, get a job and help his family financially. But the dreams are shattered because his matric result was not declared.

“I was studying in a special school in Sundargarh district. I had filled up the form for Matric exam. The general students got their result. But, we are yet to know our marks. What is our fault? I want to know,” Raja said.

Suryakanta Bhoi, another divyang student, has a similar complaint. “I was studying in a special school in Sundargarh. There are 21 students like me studying there. We had studied for 90 days and filled up the form also. Due to the pandemic, the exam was not held. Though the marks of the general students were published, we are still waiting for our result. The state government should think about our future,” Suryakanta said. 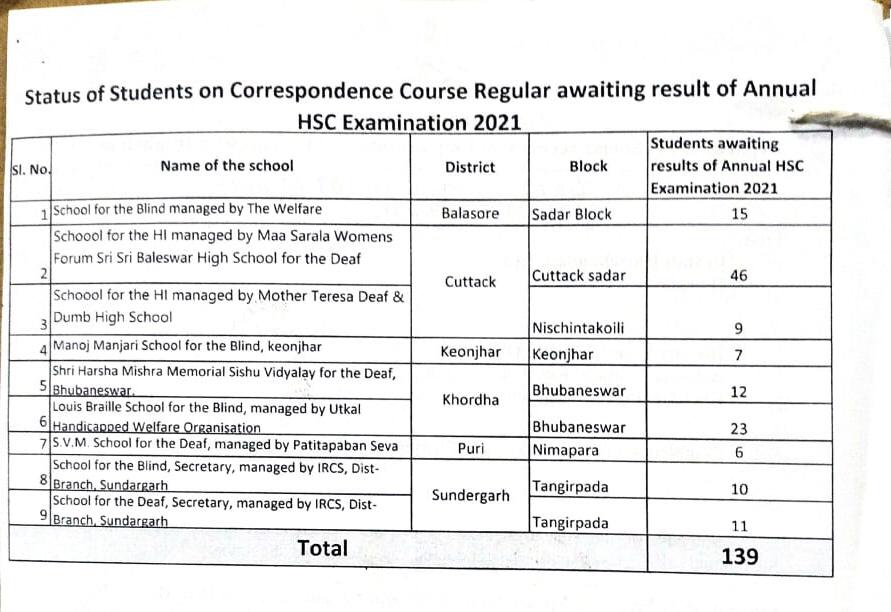