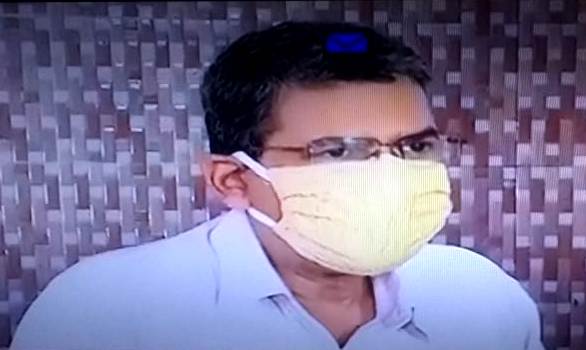 Cuttack: Following the statewide uproar by Matric pass-outs over alleged faultly evaluation, the Board of Secondary Education (BSE) on Tuesday clarified that the students were awarded marks as per the alternative mode of assessment.

BSE President Ramashis Hazra and Vice-President and Controller of Examination Nihar Ranjan Mohanty said the Board had uploaded the assessment method on its official website www.bseodisha.nic.in for the convenience of the students and guardians.

They informed that the Board had held several meetings with the district education officers (DEOs) before finalizing the assessment method. Besides, the BSE formed a special core committee comprising senior academicians to fix the assessment modalities.

“Based on the committee’s recommendations, it was decided that the evaluation will be done on the basis of the marks secured by the students in the half-yearly and annual exams in Class IX and the 2nd, 3rd, 4th practice tests in Class X. Besides, the Board will consider the two highest marks in each subject from the three practice tests conducted in Class-X and 40 per cent weightage will be been given to highest marks secured in Class-IX,” they added.

They further said the results of the Matric examination of the last four years, i.e. 2017, 2018, 2019 and 2020, of the schools will be analysed and marks shall be allotted to each candidate in a graded manner on the basis of the best performance of the schools.

Maintaining that there will be no revision of marks, the BSE officials said the students who are not satisfied with their evaluation will have to appear in the offline examinations.

“The Board will announce the date for the form fill-up of the offline examination on July 5 and if possible it will try to conduct the examination in July itself. We have intimated this to the Council of Higher Secondary Education (CHSE). The Council has agreed that the students clearing the offline examinations will be allowed for admission to the Plus II streams in the current academic session,” the BSE officials informed.

Mandatory Gold Hallmarking Implemented In 8 Odisha Dists; What Will Happen To Old Jewellery?

Over 15K Students Apply For Matric Offline Exam In Odisha

Are You Sitting For Odisha Matric Improvement Exams? Know…