CoronavirusBalangir
By OB Bureau On May 12, 2020 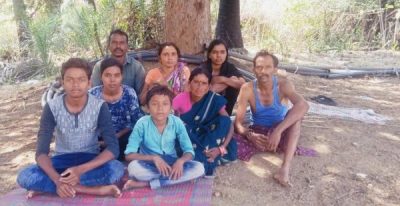 Hyderabad: The Telangana Police rescued eight bonded labourers, including four women and a 10-year-old boy, from a brick kiln at Gowreddipeta under Peddapalli police limits on Monday.

“The rescued workers have been shifted to the district headquarters at Peddapalli and provided shelter. A case been registered against the brick kiln owner Vinod and he has been arrested,” Ramagundam Police Commissioner V Satyanarayana told The TNIE.

The eight persons were reportedly being held captive and forced to work without any payment by the brick kiln owner amid the COVID-19 pandemic. They had migrated to Telangana in January.

“We were held captive at the brick kiln and the owner forced us to work, spending less than Rs 200 per week towards our food expenses,” one of the family members, Siba Barik told the media.

While they wanted to register for their return to Odisha on the call of the state government on April 19, their owner allegedly beat the male members and threatened them of dire consequences, Barik added.

Their plight came into light when Barik’s daughter Sonia managed to hid a phone from the owner and informed her relatives, who alerted the police.

The police are planning to send the family back to their hometown.