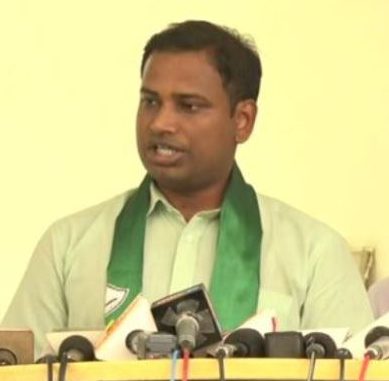 Bhubaneswar: In an embarrassment to the government, Odisha’s Minister of State for Home Tusharkanti Behera has questioned the integrity of some police officers and lawyers  accusing them of abusing the victim compensation scheme in SC & ST atrocity cases.

It has come to notice that a nexus exists between some lawyers and police officers who take commission from compensation amount of SC/ST atrocity cases misusing the scheme, the Minister claimed on the sidelines of a programme in Bhubaneswar on Monday.

Stating that many people have approached him for compensation in such cases, he said most of these were related to dowry and SC/ST atrocities. Unfortunately, the victims are still unaware of the Odisha victim compensation scheme and its benefits, the Minister said.

Claming that many of the SC/ST atrocity cases were politically motivated, Behera said the legal sections in atrocity cases, including the Scheduled Castes and Scheduled Tribes (Prevention of Atrocities) Act, are being used as a political tool to harass others.

“In such cases, some police officials help lawyers to prove false cases as true to enable the victims get compensation from the government. In turn, they get commission from the victims or their kin. This should not happen,” TOI quoted the minister as saying.

Stating that there is a lot of pressure on the inspector in-charge of police stations in such cases, he said police has also no time to create awareness about such cases because of work load.

Things have improved after the Supreme Court verdict in this regard and now an officer in the rank of sub-divisional police officer (SDPO) or tehsildar can investigate complaints before release of compensation amount, the Minister said. However, the victim gets only a part of the compensation and the rest is misappropriated, he alleged.