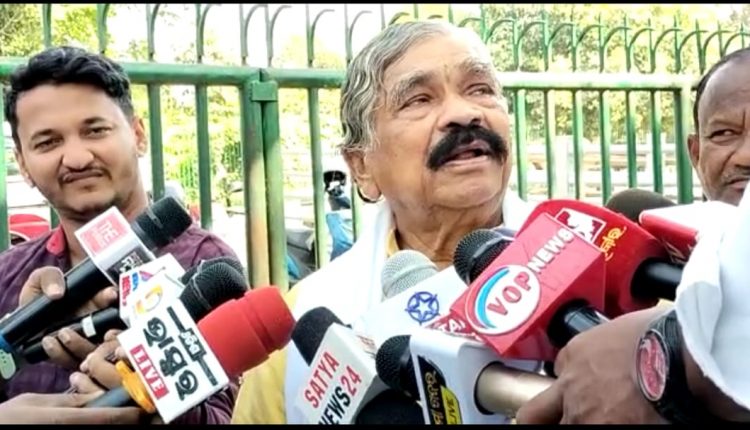 Bhubaneswar: Senior Congress leader and Jatni MLA from Odisha Suresh Kumar Routray will not be contesting the elections scheduled for 2024.

Talking to mediapersons here on Monday, Routray said that his son Sidharth Routray would replace him in the constituency and contest on a Congress ticket. “There is no question of my son contesting from any other political party,” he said.

The senior Congress leader added that he would continue to work for the party organisation.

Routray further claimed that Congress will return to power in Odisha and in the country. “Rahul Gandhi will be the next prime minister while Sarat Pattanayak will be the chief minister of Odisha,” he said.

There had been speculation about him withdrawing from the contest after he was issued a show cause notice for his statement about Congress votes being sold to the BJD after the miserable defeat of the party’s candidate in the Padampur bypoll.

BMC Issues SOP, COVID Protocol To Be Back During Khandagiri Mela In Odisha Capital