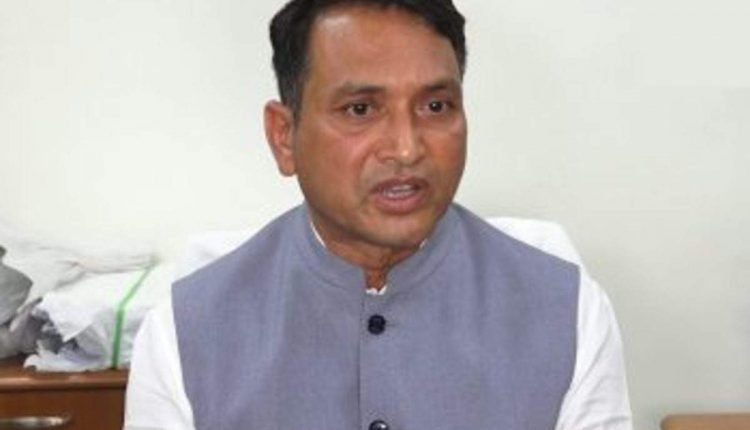 Bhubaneswar: A minister in the Naveen Patnaik-led government found himself in a soup with his name getting dragged into the escape of an accused in the missing case of a schoolteacher, Mamita Meher, from police custody in Odisha’s Balangir on Sunday night.

The cry for the scalp of Minister of State for Home Dibya Shankar Mishra has grown louder with Congress and BJP joining the chorus.

Gobinda Sahu, president managing committees of an English Medium school and a private college at Mahaling in Odisha’s Kalahandi district, had managed to slip out of police barrack in Titlagarh town in Balangir district, where he was being detained, last night. Three cops were suspended on Monday for dereliction of duty.

The minister found himself in the dock after a video of him lavishly praising Sahu at a recent function held at Sunshine English Medium went viral. His opponents alleged that this indicated Sahu’s proximity to the powers-that-be.

Mamita’s mother alleged that the police let him go because of his political connections. Sahu allegedly slipped out of the barrack around 9 pm on the pretext of washing his hands after dinner.

She further alleged that Sahu kidnapped her daughter after asking her to attend an official meeting. “I want my daughter back,” she told the media. Mamita is yet to be traced even 11 days after her alleged abduction.

Her brother Bunty earlier accused Sahu of operating a sex racket in the school. “Since my sister had threatened to expose it, he might have killed or abducted her,” he added.

The schoolteacher was allegedly abducted in a car from Chandatora Chhak in Balangir on October 8 morning while on her way to the school from her native village Jharani under Tureikela police limits. Police have the CCTV footage in which Sahu can be seen travelling in a vehicle with Mamita.

BJP leader Pradipta Naik said the minister should resign on moral grounds as he is suspected to have links with the accused. “We cannot, otherwise, expect a fair probe from the police,” he added.

Congress MLA from Kantabanji Santosh Singh Saluja also demanded the minister’s resignation after several photos of the accused with Mishra surfaced. He also met Mamita’s family members and demanded an impartial probe into the incident.

Reacting to the demand for his resignation, Mishra said that the law will take its own course. “We have full faith in the system. Anyone found guilty will be punished,” he added.

Netizens Call For #BoycottFabindia; Know Why They Are Hopping Mad