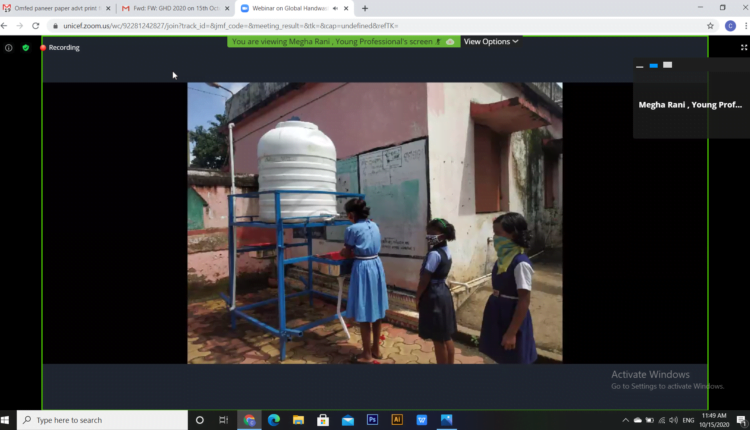 The minister launched the campaign during a webinar jointly organised by the STSC department and UNICEF. The webinar focused on access to hand hygiene facilities including, regular water supply, soap and alcohol-based hand rub particularly in rural areas and in schools. More than 1,200 people from different districts participated in the webinar.

Saraka also inaugurated a minimal hand touch handwashing station on the premises of Rayagada collectorate and said minimal touch handwashing facilities would be set up in all schools and hostels run by STSC department.

She also mentioned Swachata action plan being developed in SSD schools of 15 districts in first phase. Swacch handwash stations will be installed in 500 SSD schools in a month time. All components of WASH to be implemented in 1100 schools including menstrual Hygiene, SLWM, clean and accessible toilets in a specific time frame, Kumar said.

Ranjana Chopra, principal secretary ST & SC Development, Minorities & Backward Classes Welfare department, in her keynote address said the department is currently working on a mission to have ISO certification on quality WASH facilities in the ST/SC hostels as a simple act of handwashing will reduce morbidity.

B Parmeshwaran, Director DWS, PR&DW department, spoke on Swachch Bharat Mission-2, Jal Jeevan Mission and the role of Panchayati Raj Institutions for ensuring access to water and sanitation in institutions and households.

Monika Nielson, Chief of  Field Office, UNICEF Odisha Field Office said, “Handwashing with soap is the first line of defence to avoid spread of infections and the COVID-19 situation has highlighted this for us again. We need to work closely with all stakeholders, communities and civil society organisations to build hygiene as an agenda for all.”

Member of UN Secretary General’s Youth Advisory Group on climate change Archana Soreng said, “We need to understand, document and promote traditional knowledge and practices. It is important that the youth are aware of both the modern as well as the traditional ways of preserving our environment.”

During the month-long campaign, different activities and events would be held across the state.