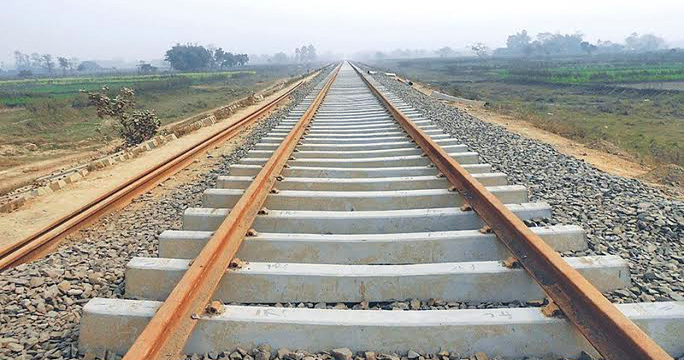 Bhubaneswar: A fortnight before the bypoll to Padampur in Odisha, the Naveen Patnaik-led BJD government on Sunday raked up the ‘shelved’ railway line between Bargarh and Nuapada via Padampur.

In a letter to Railway Minister Ashwini Vaishnaw, Commerce and Transport Minister Tukuni Sahu said that Union Minister Dharmendra Pradhan announced that a new railway line from Bargarh station to Nuapada Road station via Padampur has been sanctioned by the Centre at a public meeting on December 15, 2018, and tweeted about the same on his social media handle.

“Since 2018, Chief Minister Naveen Patnaik and our government has been requesting the Ministry of Railways to sanction the important railway line between Bargarh and Nuapada, via Padampur. The project has a Rate of Return (RoR) of 17.31% as per a study undertaken by East Coast Railway,” she said.

The Transport Minister further said that the railway project could have been an important communication link to the people of the two districts of Odisha and act as a potential catalyst for the rapid economic development of western Odisha.

However, the Ministry of Railways in 2019 communicated that the proposed new line has been shelved as it didn’t appear to be financially viable, she said.

On October 10, 2019, Railway Board asked the state government to contribute free land and RR cost for land acquisition for considering the project. “The CM approved not only free land for the entire project (private, government and forest Land) but also pledged Rs 300 crore towards construction of the project so that it becomes even more lucrative for Indian Railways to sanction the project. The same has been communicated to the Ministry of Railways,” she said.

The BJD, in a press release, added that the Centre has not provided even a single new line for Odisha, which is solely Centre-funded, in the last five years. “All lines that have state funding have only been considered that too very meagerly. This is unacceptable to Odisha which is already a very low rail-density state,” it said.

It is worth mentioning here that Vaishnaw in January this year had informed about in-principle approval being accorded to a new line connecting Bargarh Road to Nuapada.  In a letter to Bargarh MP Suresh Pujari, he said, “In principle approval has been given to Bargarh Road-Nuapada Road new rail line project for taking up pre-investment activity by the Ministry of Railways.”

A survey for a new line between Bargarh Road and Nuapada Road via Padampur (142 km) was completed in 2018-19. However, the project was found to be operationally unjustified.

Replying to BJD Rajya Sabha member Prasanna Acharya during the monsoon session, the Railway Minister had said that the rail line has been identified by Odisha Rail Infrastructure Development Limited (ORIDL), a joint venture company of the Odisha government with 51 per cent stake and the Ministry of Railways with 49 per cent.