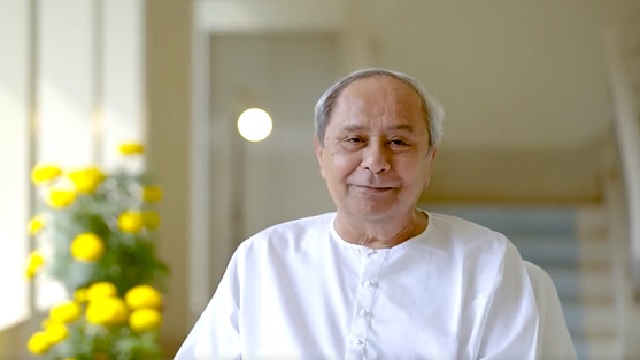 Bhubaneswar: Describing women’s empowerment as a ‘non-negotiable code’ and not a slogan for his government, Odisha Chief Minister Naveen Patnaik on Monday announced that members of Mission Shakti groups in the state will get interest-free loans of Rs 50,000 crore over the next five years.

Mission Shakti has provisioned to provide interest subvention benefits amounting to Rs 1200 crore for these loans to women Self Help Groups (SHGs) over next five years, he said.

The Chief Minister said this while disbursing interest subvention benefits for the first two quarters of 2022-23 worth Rs. 125 crore to more than 2,5 lakh  women SHGs. This was done through the technology platform directly to SHG accounts amid applause from the women members from across the state

The Chief Minister handed over cheques to members of five Mission Shakti groups who were present at the launch of the programme. Women members of other groups of all districts and blocks joined the programme through video conference.

Speaking on the occasion, the Chief Minister launded the steps taken by the women in different business and productive activities after coming out of the confines of the four walls of their houses.

Women are now playing a major role in decision making process, he said, adding that they will play a significant role in transforming Odisha and ensuring overall development in the years to come.

Stating that Mission Shakti initiative is not just a slogan but has become a way of life for women in the state, Naveen said it has now become a big institution with the active participation of 70 lakh women, creating a new history in Odisha’s development.

Referring to various steps taken by the state government to strengthen Mission Shakti groups, the Chief Miniter said loans up to Rs five lakh are being extended without any interest. The government will provide interest subvention benefits amounting to Rs 1200 crore, he said.

Similarly, revolving funds of Rs one crore for district level federation and Rs 50 lakh for block federation are provided to promote entrepreneurship among women. In the next five years, loans of Rs 50,000 crore will be provided without any interest.

The Chief Minister has approved the construction of District Mission Shakti Bhawan in each district at a budgetary allocation of Rs 1 crore per Bhawan.

Mission Shakti is unlocking doors to innovative opportunities for women and taking up diversified initiatives to steer the women collectives towards achieving economic independence with dignified employment and having a unique identity.