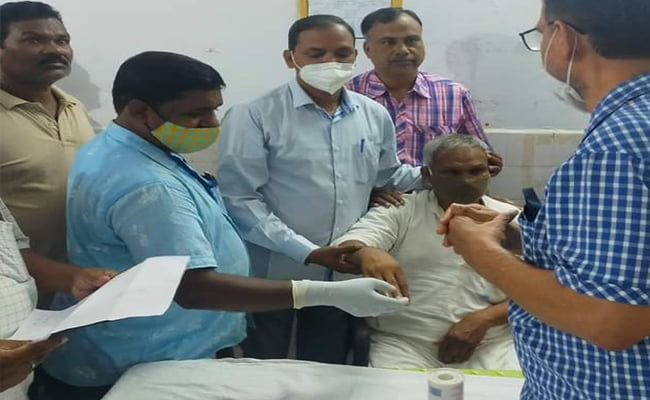 Kandhamal: Kandhamal MLA from BJD Angad Kanhar was injured in a road accident on Monday.

Sources said that the accident took place while Kahnar was on his way to a temple near his village Pakari this morning. The MLA fell off the motorcycle he was riding after being hit by two bike-borne youths coming from the opposite side and fractured his right hand.

Some passers-by immediately took him to his house.

On being informed, ASHA worker Sita Sahu rushed to the house of the MLA and provided first-aid.

He was later shifted to the district headquarters hospital where his condition is stated to be stable.

Selfie-Love: UP Youth Swept Away In River Nagavali In Odisha’s Rayagada