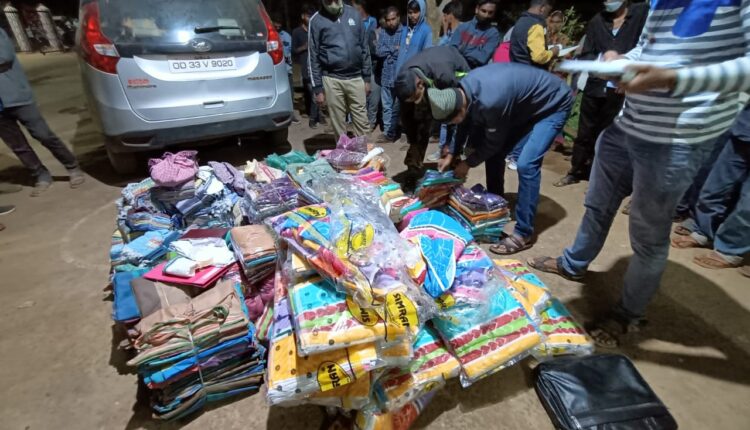 Nabarangpur: The vehicle of a BJD MLA was seized for violating election code of conduct in Papadahandi block of Nabarangpur district.

The vehicle of Dabugaon MLA, Manohar Randhari, was seized following complaints of it being stocked with sarees for distribution among voters. Local Tehsildar and police officials seized Randhari’s vehicle and brought it to Papadahandi police station.

Randhari was returning after attending a campaign rally at Randaguda village under Kantamala panchayat on Saturday evening when the Majhis stopped the legislator’s vehicle. Lipika is contesting for the Zilla Parishad position. They accused the the Dabugaon MLA of carrying the sarees for distributing among the voters and did not let the vehicle go. Soon, a clash ensued between the supporters of the two leaders.

Randhari said sarees have been stacked in his vehicle always. As he usually attends marriage function and funeral ceremony in his area, he keeps sarees in the vehicle to gift the host. He claimed that there was no wrong intention behind carrying the sarees in the vehicle.

Andhra Mediation In Kotia Boomerangs: Its Villages Want To Merge With Odisha