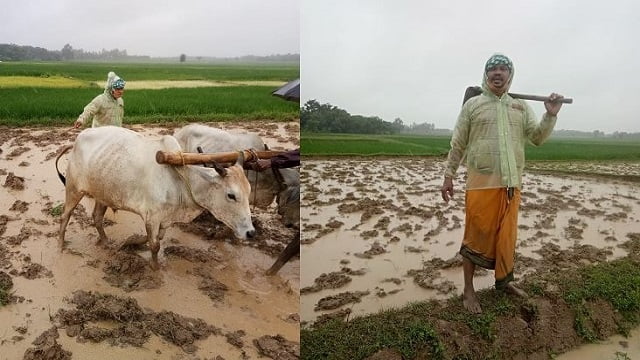 Bhubaneswar: A couple of days after a video of Dabugaon MLA Manohar Randhari ploughing his field in Odisha’s Nabarangpur went viral, Vice President M Venkaiah Naidu on Wednesday took to his official Twitter handle to praise his inspiring act of taking up farming for at least two months every year.

Appreciate party MLA Manohar Randhari for leading by example with his commitment to agriculture and taking pride for his work in the agriculture field. https://t.co/ZwVoSNBcnr

When asked about the incident, the three-time MLA said the government is now prioritizing agriculture and if the youth show interest then they can become self-employed, which would strengthen the economy of the country.

The legislator ploughed the paddy field with the help of bulls and planted saplings along with other coworkers.

Randhari has around 25 acres of land. They, however, could not begin the agricultural work as rains were delayed.

The legislator has grabbed headlines in the past too by washing feet of a fourth-grade employee, donating raincoats to people engaged in paddy plantation, chipping in as daily labourer during road repair work and taking classes for school students.

Cancer In India: There Will Be 12 Per Cent Rise In Cases By 2025, Says Report