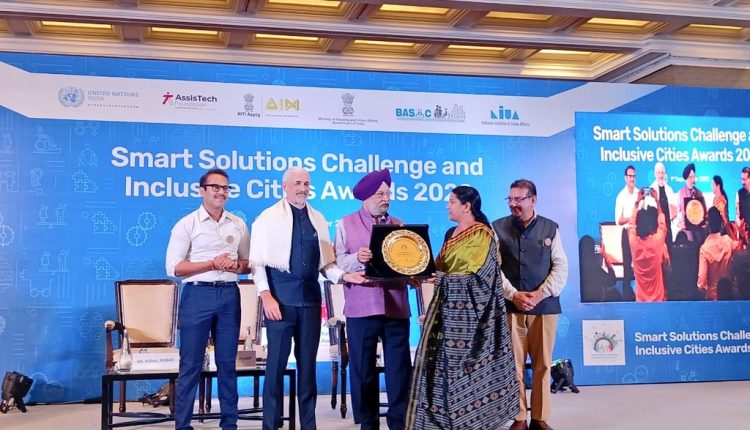 “Receiving the prestigious award by United Nations – India and National Institute of Urban Affairs – for CRUT at a national platform was overwhelming. We are always working to provide passengers with a better and safer travel experience. This award is a matter of pride for the entire state. Now, Mo Bus and Mo E-Ride services have become a part of people’s daily life,” said Mahapatro.

With the recent introduction of Mo E-Ride (E-Rickshaws) in the city that is spearheaded by women, transgender and socially disadvantaged people, CRUT has taken a step forward in enhancing gender and social inclusivity in the mobility sector.

“Commuters who have chosen Mo Bus and Mo E-Ride, have helped CRUT in bagging this recognition. CRUT through its various initiatives has ensured that its services are highly inclusive and user-friendly across all gender age and ability groups. I would like to express my sincere gratitude to the state government for its unwavering support which has led to the services of CRUT becoming the mobility lifeline of the capital region of Odisha,”  said CRUT MD Vijay Amruta Kulange.

E-Buses and E-Rickshaws were officially flagged off last month in the capital region of Odisha by Chief Minister Naveen Patnaik, paving way for green mobility.

CRUT also provide 50% concession on Mo Bus fare to senior citizens. There are also several slabs in which concessions are provided to differently-abled people and their companions, an official release said.

What Is Digital Rape For Which A 75-Yr-Old Man Was Sentenced To Life Imprisonment?