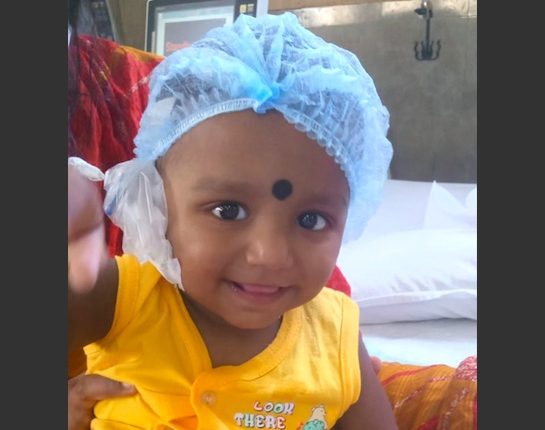 Bhubaneswar: A one-year-old baby boy has recovered from COVID-19 after being on the ventilator for eight days at SUM Covid Hospital here.

Aman Patnaik, the baby from Nilagiri in Balasore district, was admitted into the hospital on September 21. He had a high temperature and was suffering from seizures as well. “It was a challenge for the medical team to treat the baby and he was shifted to a ventilator the next day,” a doctor who treated him said.

Even as his parents waited outside the hospital with a silent prayer on their lips for their child, the baby battled the disease inside with the medical team making every effort to bring him around.

Aman’s condition improved subsequently and he was taken off the ventilator on September 29 and was put on oxygen support. He was discharged from the hospital on Thursday.