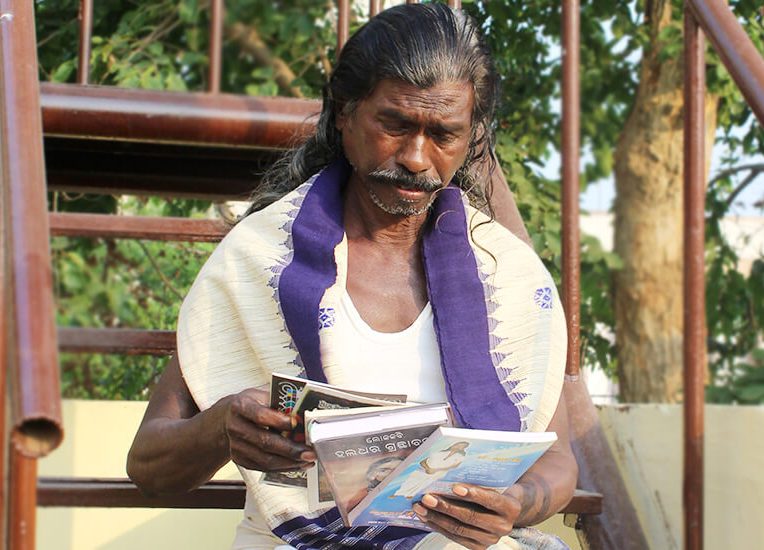 Bhubaneswar: The beautifully-crafted words of popular poet from Odisha Haldar Nag are now gaining fame with his works being translated into English.

Felicitated with the Padma Shri in 2016, Nag original works are in Sambalpuri dialect and in Odia script.

Speaking on the occasion, Prof. Behera said, “Haldhar Nag is the pride our state. In the field of poetry, he is an institution by himself. For the development of literature people like Haldhar Nag are needed, at the same time people like Surendra Nath are also needed for translating and bringing such works to world notice.”

The ceremony was presided over by Dr. Kalidas Mishra, retired professor of English from Sambalpur University. It was held in the District Auditorium, Sambalpur, and was attended by literature enthusiasts from the state.

Academician Ashok Mohapatra said translation was a risky business and, if not done properly, might not bring out the exact intent of the original.

Poet Haldhar Nag and the translator Surendra Nath were also present on the occasion.

The poet said that through translation of literature, the culture and traditions of our land can spread to distance peoples, who, otherwise, would not know about the existence of our vibrant regional stories.

Surendra Nath dedicated his work to the people of Sambalpur saying that several episodes mentioned in the book have encapsulated the rich history of Sambalpur. The establishing of Maa Samlei by King Balram Dev in this city, which is narrated in the poem Shri Samlei, and the vanquishing of the notorious Kalapahad here in this region makes for a captivating reading. There are many such historical poems about this region written by Haldhar Nag, which are yet to come to world attention, he said.

Surendra revealed his dream project ‘Kavyanjali’, whose aim is to translate and publish the entire body of literary works by Nag. He appealed to all to support the project.

‘I Am Writing A Letter To You, O Haldhar’