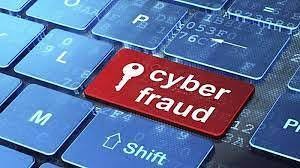 Jajpur: Odisha Police has arrested two persons, who had a man of of Jajpur district of more than Rs 8 lakh two months back, from Rajasthan.

Speaking on the arrest to media persons on Monday, SDPO Saroj Kumar Upadhyay said Subrat Kumar Jena, lecturer in a college at Binjharpur, had filed a cheating case with cyber police on June 4.

As per the complaint, Subrat had received a call on his mobile phone telling him that his account in State Bank of India (SBI) and YONO app had been deactivated. The caller, who introduced himself as branch manager of SBI where Subrat had account, told him that they would send a link to his mobile phone.

Subrat was advised that he has to click the link to get user ID and password. After inserting the used ID and password, he has to send it back to the caller. On completion of the process, Subrat was told that his bank account and YONO app would be activated automatically.

“Without suspecting the caller, Subrat followed his instructions and subsequently, Rs 8.5 lakh was debited from his back account. The cyber frauds withdrew the amount in three phases of Rs 5 lakh, Rs 3 lakh and Rs 50,000,” said Upadhyay.

After Subrat filed the complaint, police launched an investigation and on the instruction of district SP, a team from Jajpur police arrested two fraudsters, allegedly involved in the cheating case, from Rajasthan. They were identified as Amit Kumawat Vikash Aggarwal.

The two arrested persons were forwarded to the court on Monday.