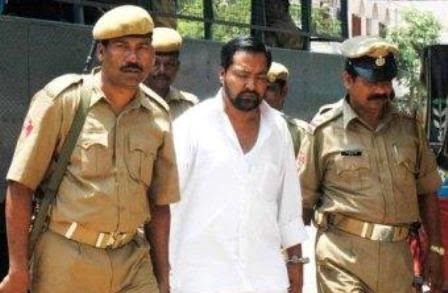 Cuttack: The Odisha Police have launched a massive manhunt to nab dreaded gangster Sheikh Hyder of Kendrapada district who escaped from the Surgery Ward of the SCB Medical College and Hospital here on Saturday evening.

Talking to mediapersons on Sunday, Police Commissioner Soumendra Priyadarshi said that the Cuttack Police have formed five special teams and sealed all entry and exit points of the city. Besides, all police stations in Kendrapada, Jajpur, Jagatsinghpur, Mayurbhanj and Balasore districts have been alerted and asked to conduct intensive raids to trace the hideout of the gangster.

“Besides, as we suspect that the gangster might be planning to escape to the neighbouring Jharkhand, the Commissionerate Police have stepped up a tight vigil at the Biju Patnaik International Airport. We are confident that the escaped gangster will be apprehended very soon,” he added.

Asked about the incident, IG, Northern Range Narasingha Bhol said that the top priority of the police is to arrest the gangster.

Stating that the search operation is now expedited by the five special teams on the basis of intelligence inputs, he said that the state police are in constant touch with the Jharkhand, Chhattisgarh and Kolkata Police.

“From 7 pm on Saturday to 5 am today, police have conducted the search of more than eight trains passing through Howrah and Vishakhapatnam routes. Besides, the photo of the gangster has been circulated in all police stations in the five aforesaid districts as well as the police stations in Jharkhand, Chhattisgarh and West Bengal,” Bhol added.

He further said that the Cuttack Commissionerate Police are examining the footage of the CCTV cameras installed at the Surgery Ward of the SCB after the Emergency Officer of the hospital Bhubanananda Maharana lodged a written complaint at the Mangalabag Police Station on Saturday night.

The IG also informed that as the investigation is underway into the various aspects of the escape of Hyder, police have collected the details about his activities from the superintendent and remaining staff of the Sambalpur Circle Jail.

Meanwhile, the Director General of Police (DGP) Abhay convened an emergency meeting at his camp office in Bhubaneswar to formulate the action plan to nab the gangster.

Among others, the Police Commissioner, DIG, Central Range and the ADG, Crime Branch are present at the meeting.