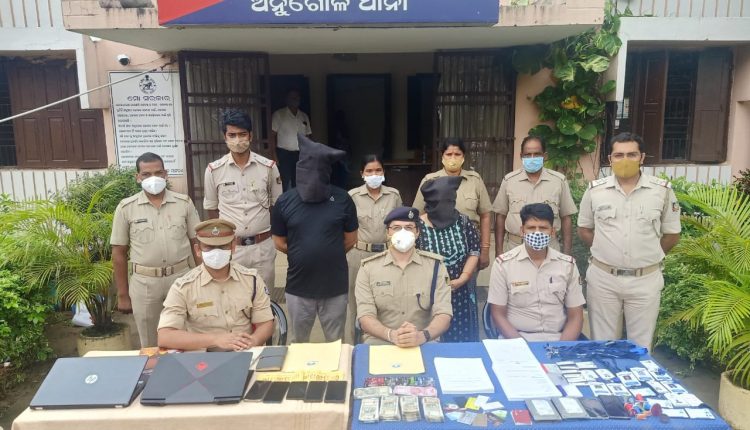 Angul: Police have busted an inter-state job racket in Odisha’s Angul district with the arrest of nine persons.

The main accused was arrested from West Bengal on Wednesday. They have been identified as Chaitali Mukherjee of Rourkela and her husband  Margang Gupta of Uttar Pradesh. They had been on the run since a long time.

According to police sources, one Pranabandhu Jena from Benagadia village had lodged a written complaint at Talcher police station regarding a job fraud in February. He alleged that Ghanashyam Mishra of Similipada took Rs 4.5 lakh from him to provide a job to his son in a Tata company.

Based on the complaint, police had earlier arrested Ghanashyam and his son Shovan from Jharkhand.

Further investigation led to the arrest of five more persons and later the two main accused.

Besides Odisha, they were running the job racket in Chhattisgarh, Jharkhand, Jammu and Kashmir, Bihar, Maharashtra and West Bengal by conducting fake interviews and workshops.

“They were also giving fake appointment letters. They have taken over Rs 2 crore from 50 youths of Angul. Six cases have been registered in this connection,” informed Angul SP Jagmohan Meena.

Over 20 mobile phones, a vehicle, fake appointment letters and a fake seal of Tata Company were seized from their possession, the SP added.