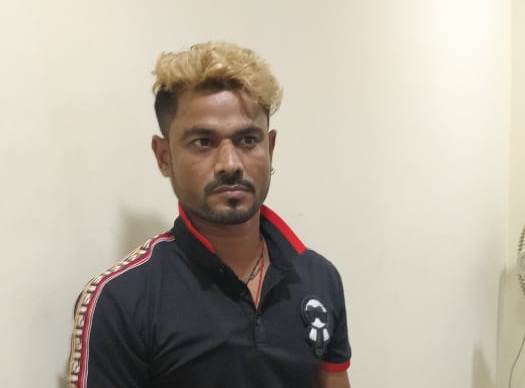 Acting on a tip-off, a team of the Special Task Force (STF) of Crime Branch raided an area in the state capital and arrested Raja at about 9.30 pm on Sunday and seized a 7.65 mm bore pistol, live ammunition, Rs one lakh cash, six mobile phones, some ATM cards and other incriminating material from his possession.

Raja was produced in the Special Court, Bhubaneswar on Monday and was remanded to judicial custody.

The STF has prayed to the court to take Raja on a 7-day remand for further interrogation.

STF had registered a case under Section 21(b) of the NDPS Act r/w 25/27 Arms Act against Raja who hails from Gala Pola village under Sahadeb Khunta police limits in Balasore district.

Prior to his arrest, the STF had arrested three of his associates – Sheikh Azbahar, Sheikh Azad and Ramakanta Sahu and seized 130 gram of brown sugar, one country-made pistol and a car from their possession.

Preliminary investigation has revealed that Raja was supplying contraband to Khurda district with Chhota, Sanju, Paku and some others as his customers. Besides, he is involved in the inter-state narcotic business in West Bengal, Goa, Odisha and Rajasthan. He is suspected to have links with international drug dealers.

While the STF has found his link in Nepal, his link in Bangladesh link is under investigation.

Solar Lights To Remove Darkness From Tikri Streets In Odisha