Odisha Police Rule Out Custodial Death Of Youth In Puri 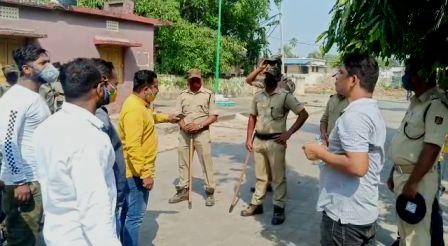 Puri: A day after a youth died following a reported scuffle with police here, Puri SP Akhileswar Singh on Thursday said it was not a case of custodial death.

“During night patrolling, police had found K Ramesh (33) of Father Road area near the Loknath temple with a sharp weapon. As the police tried to apprehend him, the youth had a scuffle with them and was injured. However, he died on way to the district headquarters hospital,” Singh told mediapersons.

The SP maintained that the death of the youth had not occurred inside a police station and said it was due to injuries received uring the scuffle with police. A case has been registered at Baseli police station in this regard, he added.

Singh informed that a judicial probe into the death of the youth will be conducted as per the guidelines of the National Human Rights Commission (NHRC). The DSP of the Human Rights Protection Cell (HRPC) and the Additional SP of Puri will supervise the case, he said.

He further said the deceased had several cases registered against him at different police stations in Puri.

Meanwhile, tension ran high in the town after irate locals led by BJP activists and lawyers of the District Bar Association had a scuffle with police near the district headquarters hospital.

A lawyer said Puri residents welcomed the police drive against anti-socials, but they will never tolerate the repressive action against innocent persons. “We demand a judicial probe into the incident and stern action against the policemen responsible for the death of the youth,” the lawyer said on condition of anonymity.

On World Toilet Day India Strengthens Resolve Of Toilet For All: PM