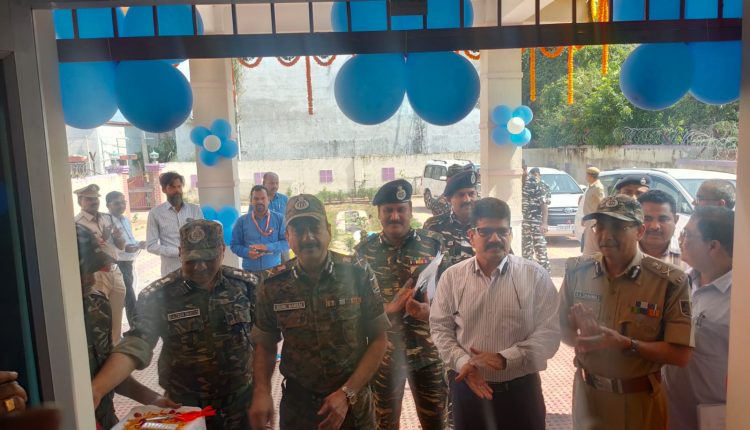 Nuapada: Considering the vulnerability of Odisha’s Nuapada district to Maoist activities in neighbouring Chhattisgarh, the police have decided to form a joint task force to combat the Left Wing Extremists.

This was revealed by DGP Sunil Kumar Bansal while speaking to media persons on the sideline of the inauguration of the district intelligence and operation centre in Nuapada on Friday.

He said since Nuapada shared common border with Chhattisgarh, which is considered to be the Maoist stronghold, the joint task force will be constituted to thwart the attempts of the Red rebels from intruding into the district and carrying out their violent activities.

Earlier in the day, the DGP arrived at Gotama airstrip in a helicopter and went to the district police headquarters where he inaugurated the district intelligence and operation centre built with a cost of Rs 1.36 crore. He reviewed the Maoist activities in the district and discussed the law and order situation with the officials.

Bansal directed to intensify anti- Maoists operations by security forces and set up more camps in order to plug the security vaccum of the area. He was accompanied by Director Intelligence, ADG (Law & Order), IG (Ops), DIG (SIW), DIG (SWR) and IG CRPF.

The DGP further visited Sunabeda and Patdhara camps and interacted with SOG and CRPF soldiers to boost their morale.

He also appealed to Maoists to lay arms and contribute to the ongoing development process of the area in particular and the state in general.