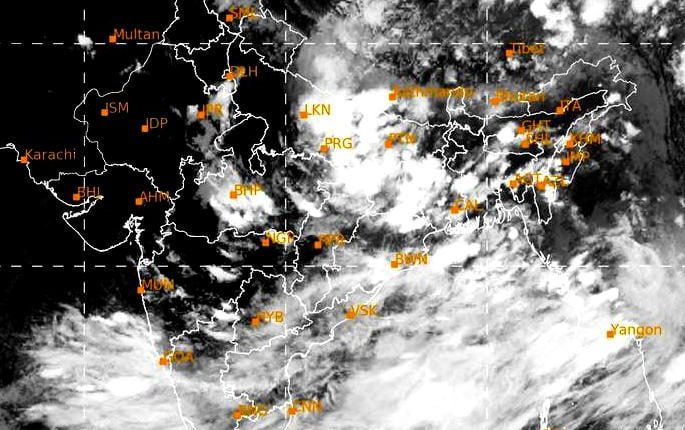 Bhubaneswar: The India Meteorological Department on Monday said that Odisha has received 34 per cent more rainfall than the normal between June 1 and 14.

Informing the media, Director, Meteorological Centre, Bhubaneswar HR Biswas said against the average rainfall of 70.8 mm between June 1 and 14, the state has received 95.1 mm rainfall.

Biswas further said while the southwest monsoon has remained active in the state, the low-pressure area lying over south Jharkhand and neighbourhood with the associated cyclonic circulation is likely to move west­-north-west. Under its influence, there will be extensive heavy rainfall at one or two places with isolated heavy to very heavy rainfall at one or two places across the state which will continue for three days.

In view of the heavy rainfall, IMD has issued yellow warning for the following districts.

June 14
(Yellow warning)
Heavy to very heavy rainfall at one or two places over the districts of  Sundargarh, Keonjhar, Deogarh and Sambalpur.

June 16
(Yellow warning)
Heavy rainfall at one or two places over the districts of Sundargarh, Deogarh, Jharsuguda, Sambalpur and Keonjhar.

In view of the inclement weather, fishermen are advised not to venture into the deep sea along and off Odisha coast and north Bay of Bengal adjoining central Bay of Bengal till June 15 as the squally weather with surface wind speed reaching 40-50 kmph gusting to 60 kmph will make the sea condition rough to very rough, Biswas said.