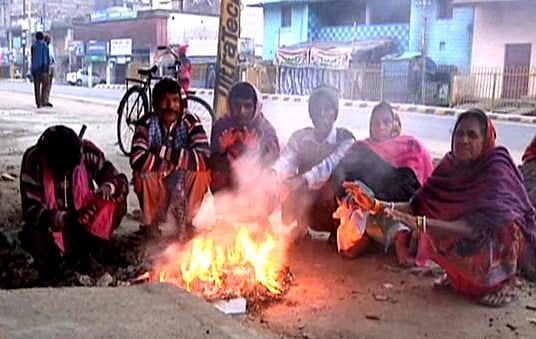 According to mid-day bulletin of the regional centre of India Meteorological Department (IMD), minimum temperatures observed marked fall at one or two places in south interior Odisha and appreciable fall at a few places.

G Udaygiri was followed by Kirei in Kandhamal district with 7.6 degree Celsius, Phulbani with 8 degree, Daringbadi with 9 degree and Jharsuguda with 9.2 degree. 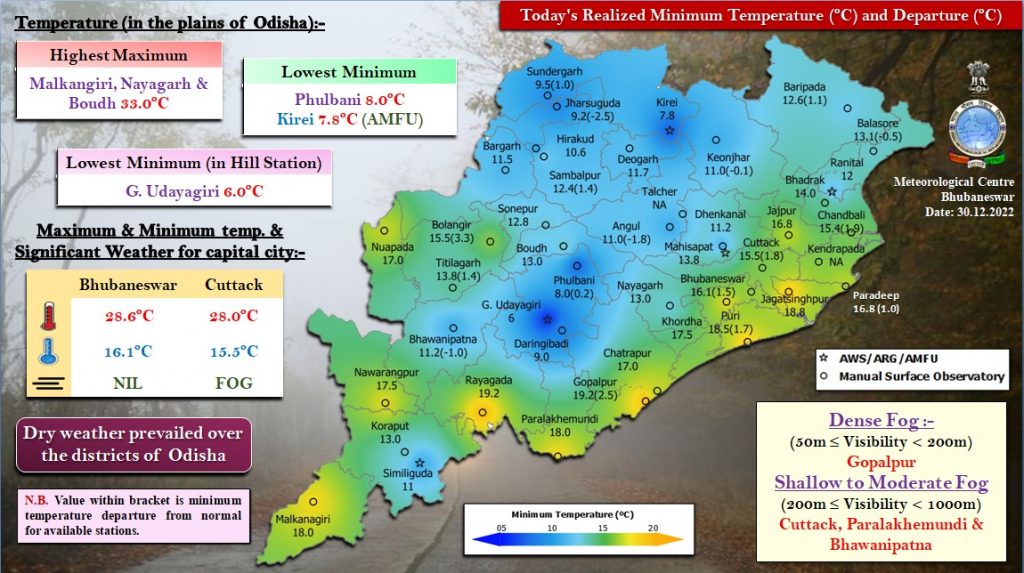 The twin cities of Bhubaneswar and Cuttack recorded minimum temperature of 16.1 and 15.5 degree Celsius respectively.

The highest maximum temperature of 33 degree Celsius was recorded at Boudh, Malkangiri and Nayagarh.

The IMD forecast that minimum temperature (night temperature) is very likely to slightly fall by about 2 degree Celsius during next 24 hours and rise gradually by 2-3 degree in subsequent 3 to 4 days in many places across the state.