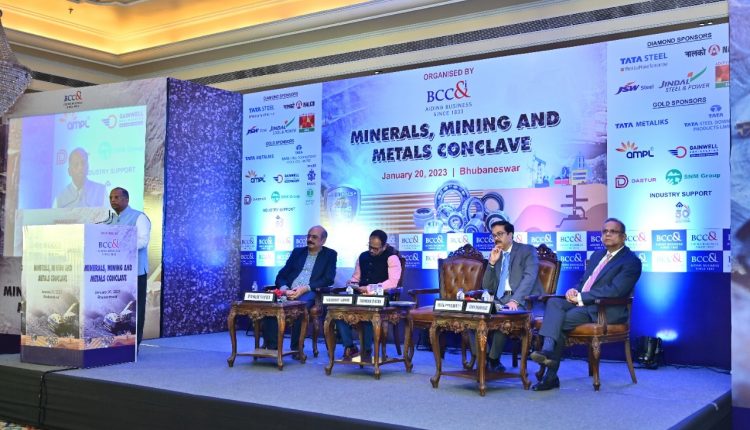 Bhubaneswar: Due to the state government’s initiatives for successful auction of mineral blocks, Odisha’s mining revenue has increased more than 3 times in 2021-22 financial year compared to the previous fiscal, said Prafulla Kumar Mallik, Minister of Steel and Mines and Works.

Speaking at the Minerals, Mining & Metals Conclave organised by the Bengal Chamber of Commerce and Industry (BCC&I) in Bhubaneswar on Friday, the minister said Odisha has ensured a timely and effective implementation of the amended provisions of law and emerged as the leading state in successfully conducting auction of 37 mineral blocks so far including 22 expired mining leases.

“Steps are also being taken for intensifying the mineral exploration in the State so that more and more mineral blocks can be brought to readiness for auction. The government’s initiatives for successful auction of mineral blocks and timely operationalisation of the mining leases have resulted in constant growth of mining revenue for the state,” he said.

The theme of the Conclave was “Minerals, mining and metals sectors in a cooperative federalism structure: Sabka Saath, Sabka Vikas, Sabka Vishwas”.

India To Face Belgium In Quarters If They Beat NZ; Check Crossover Fixtures In Bhubaneswar