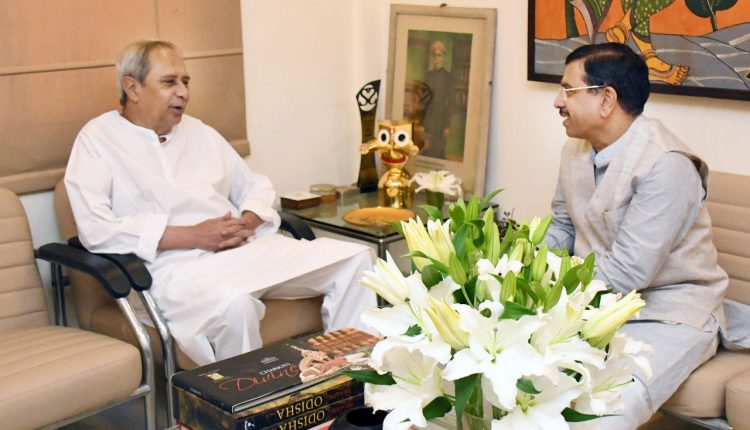 Bhubaneswar: Union Coal and Mines Minister Prahlad Joshi on Friday said that it will be difficult to consider the Odisha government’s demand for revision of coal royalty since it is linked to power tariff.

During their meeting at Lok Seva Bhawan here, Chief Minister Naveen Patnaik reiterated the state’s demands for an increase in the rates of royalty and a share from the cess collected on coal by the Centre.

“I have briefed the Chief Minister that it is linked to power tariff. It’s a larger policy decision since whatever decision is taken it will be applicable to the entire country. Nevertheless, I will look into it,” Joshi told mediapersons here.

Increasing the production at Mahanadi Coalfields Ltd (MCL), land issues and law and order problems at the coal site were also discussed in the meeting against the backdrop of frequent agitations and strikes that had severely affected coal production in Talcher and IB Valley areas of MCL, in the recent past.

On lapse of mining leases of over 300 mines by March 31, 2020, the Union Minister said that there would no shortage of minerals for the industries in the country and his government would ensure that through Public Sector Undertakings (PSUs) and some other arrangements.

Not Made In India: Bulbul Is Reborn From Another Cyclone

‘Black Diamond’ Museum To Come Up At Odisha’s Angul

Centre Announces 300% Hike In Ex-Gratia For Fatal Coal Mine…

Coal Shortage Forces OPGC To Shut Down Its Second Power…