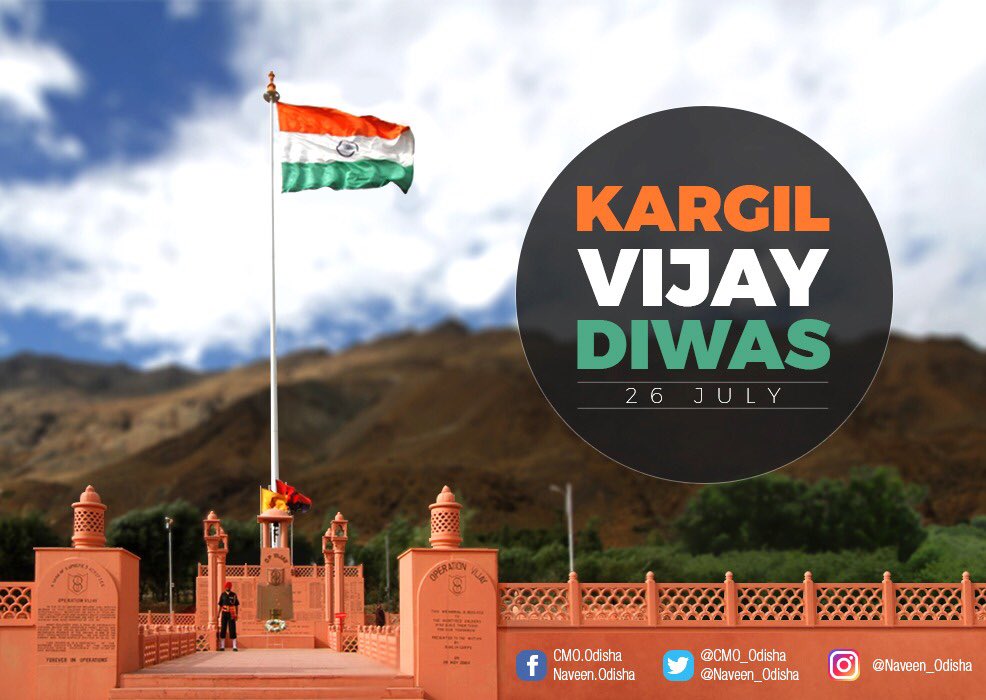 Bhubaneswar: The brave soldiers, who laid down their lives while fighting for the motherland, were paid rich tributes and remembered for their supreme sacrifice in different parts of Odisha on the occasion of Kargil Vijay Diwas on Sunday.

Gangaram Das, a martyr from Harida village in Balasore district, was paid tributes by Gangaram Smruti Committee at a prayer meeting organised in his memory. The committee members said the road connecting Kuruda and Mathasahi shuld be named after Gangaram.

The villagers of Panguda under Chandbali block in Bhadrak district remembered the brave son of soil, Niranjan Behera, who was martyred during the Kargil War and paid moving tributes to him. Niranjan will remain in our hearts forever, they said.

Gopinath Moharana was another martyr of Janardanpur village under Nischintakoili block in Cuttack district. The mother of 23-year-old braveheart paid floral tributes to the statue of her son which she visits everyday. “I am proud of my son,” she said.

Kargil Vijay Diwas has been celebrated across the country on July 26 since India defeated Pakistan on this date in 1999 in ‘Operation Vijay’.