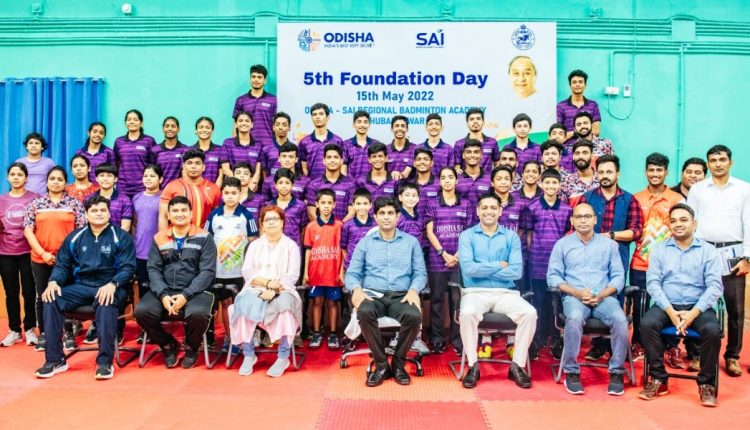 Bhubaneswar: Odisha SAI Regional Badminton Academy (OSRBA), a hub for nurturing and grooming shuttlers from the state, observed its fifth foundation day in the city on Sunday.

Speaking at a function, organised on the occasion, sSecretary, Sports and Youth Services department, R Vineel Krishna said the academy of this stature would inspire many generations of badminton stars and hoped that it would play a significant role in bringing laurels for the state. He also interacted with the players and encouraged them to train with dedication and aim for bigger goals.

Highlighting the objectives of the academy, OSRBA director and joint secretary, Sports and Youth Services department, Subhranshu Mishra said it aims at nurturing the talent of badminton players and preparing them for national and international tournaments. “The academy is a regional centre of excellence in badminton coaching with the best of facilities and training modules under direct supervision of his department.”

OSRBA has a sprawling training campus with a four-court indoor hall and is under the supervision of two SAI coaches, feeders and physios. Presently, there are 33 trainees under active coaching, boys consisting two third and girls one third of its capacity.