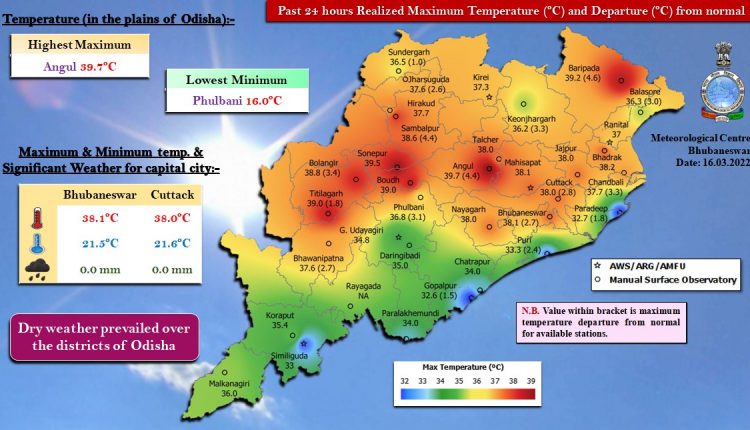 Bhubaneswar: Angul was the hottest place in Odisha at 39.7 degree Celsius in the last 24 hours, the Bhubaneswar Meteorological Department informed on Wednesday. 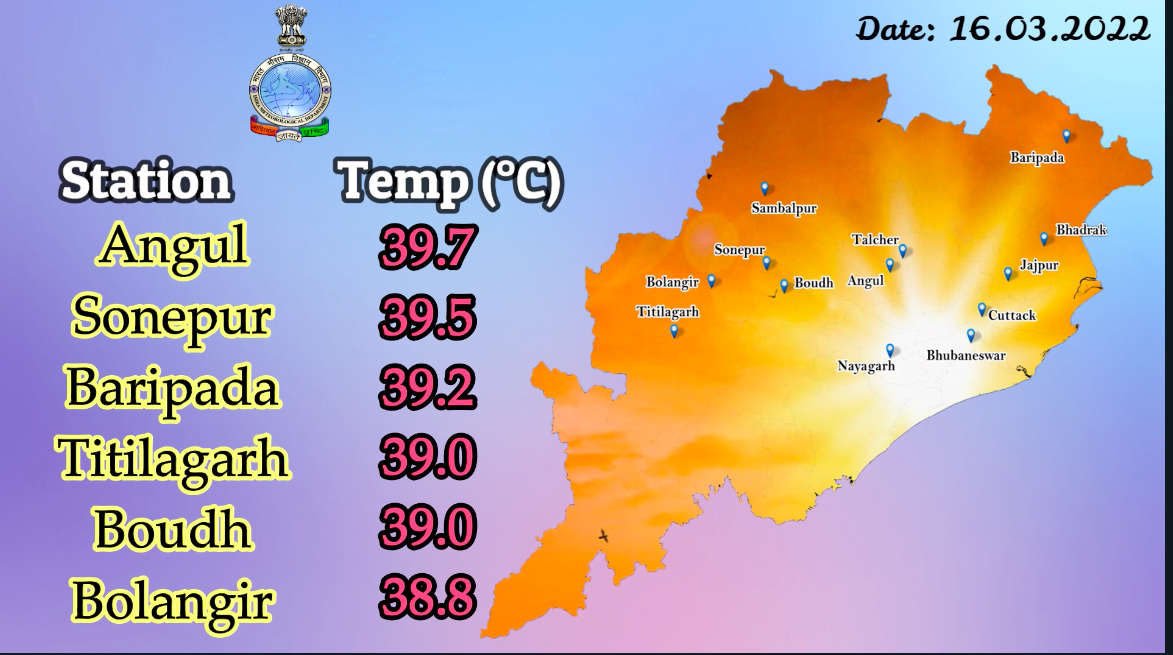 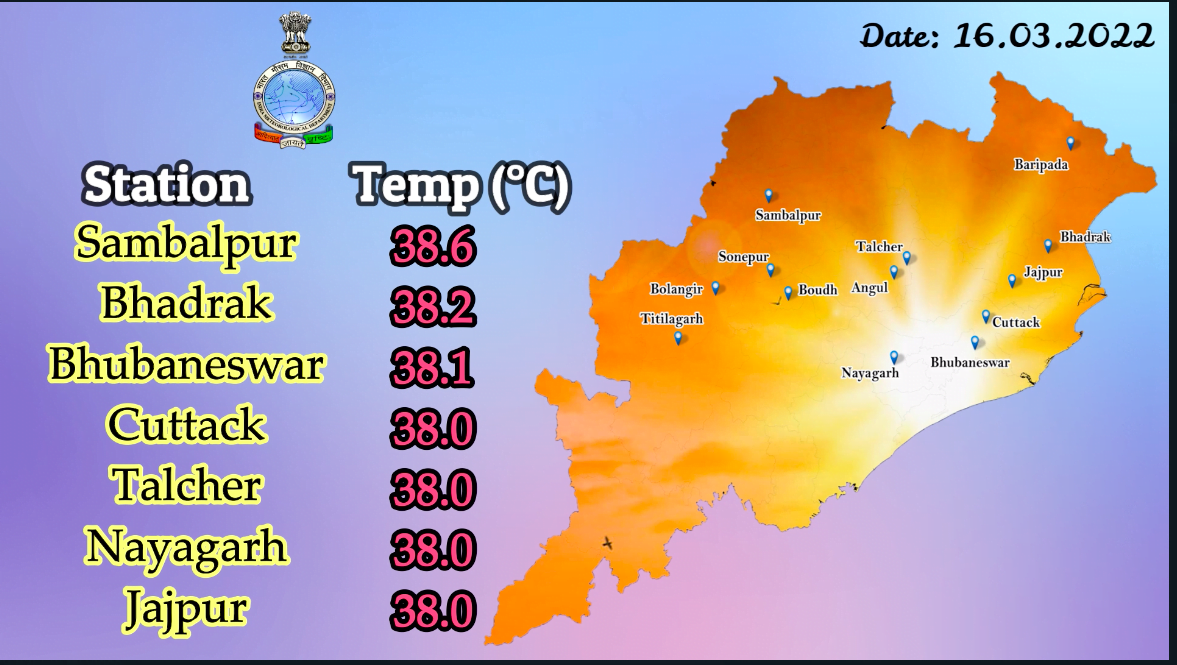 The day temperature is likely to rise by 3 to 4 degree Celsius during the next 2 days and remain 3 to 5 degree above normal at one or two places till March 18, the MeT office had earlier said.

Heatwave warning has been issued for one or two places Sonepur, Boudh, Balangir, Angul, Nayagarh, Khurda, Balasore and Mayurbhanj till 8.30 am on March 17. Sonepur, Boudh, Balangir, Angul, Sambalpur, Jharsuguda, Nayagarh, Khurda, Balasore and Mayurbhanj will experience similar weather during the subsequent 24 hours.