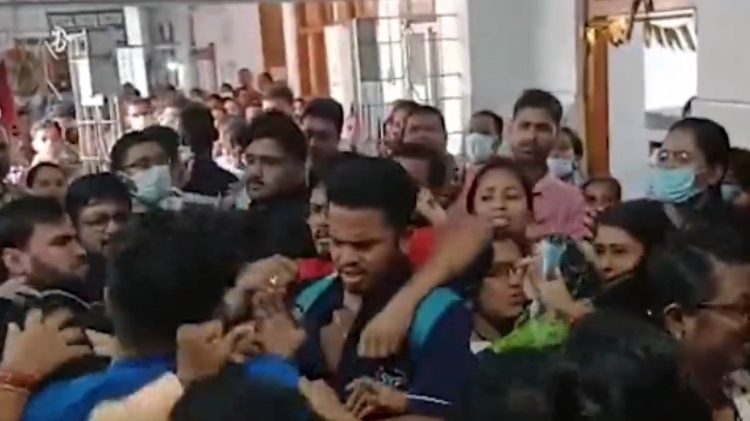 Berhampur: The services in MKCG Medical College and Hospital at Odisha’s Berhampur city were affected as house surgeons and nursing staff boycotted their duty after clash in the campus on Saturday.

According to sources, the dispute started after a house surgeon asked one of the nursing staff to get the blood of a critically ill patient in the casualty ward tested in the pathology laboratory on Friday. As the nurse reportedly denied to carry out the doctor’s direction, a verbal exchange of words ensued between the two.

On Saturday morning, groups of house surgeons and nursing staff gathered in front of the superintendent’s office to lodge complaints against each other. Soon, a scuffle ensued between the two groups and they started attacking each other.

On being informed, a team from Baidyanathpur police station rushed to the spot and tried to disperse the warring groups and restore normalcy in the hospital.

Soon after both house surgeons and nurses abstained from their duties. The services in most departments including casualty of the prestigious hospital in southern Odisha have been affected by the work boycott of the medical staff.