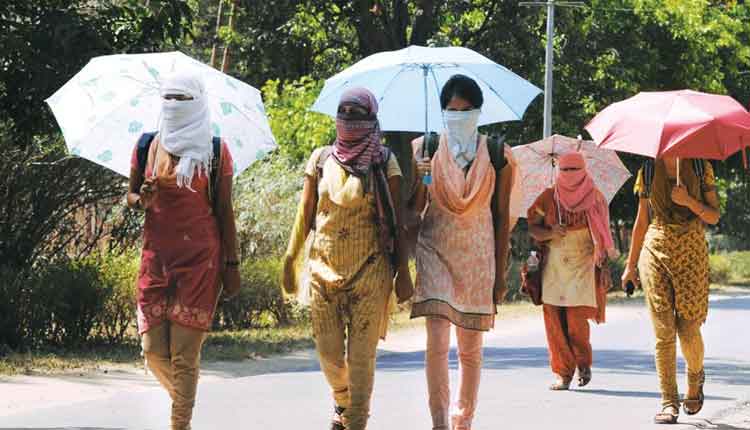 Bhubaneswar: With the entire Odisha reeling under severe heat wave throwing normal life out of gear, the three-day heat wave warning by the India Meteorological Department (IMD) in 17 districts on Wednesday, has triggered panic among the people.

The temperature in the state capital which was 40.3 degree Celsius on Tuesday, rose to over 2 degrees (42.4) on Wenesday.

According to an evening release by the Meteorological Centre, Bhubaneswar, the temperature went up to 40 degree Celsius and above in 15 places with Sambalpur being the hottest place at 45.6 degrees. Apart from Sambalpur, the temperature hovered at 45 degrees and above in five places at Talcher (45.3), Hirakud (45.2), Sonepur (45.2), Jharsuguda (45) and Titlagarh (45).