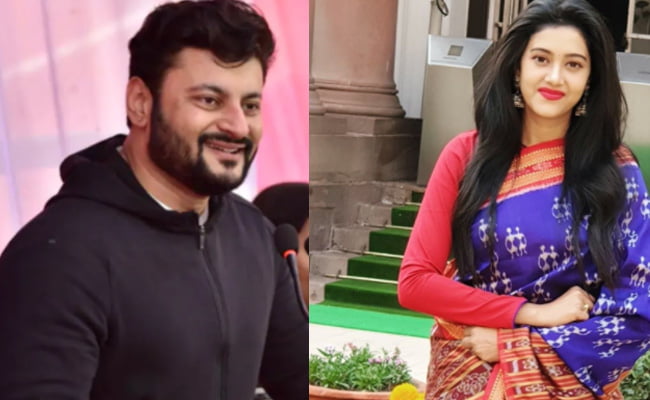 Cuttack: The second round of mediation between actor-turned-politician Anubhav Mohanty and Varsha Priyadarshini, the estranged Ollywood couple entangled in a legal battle since last year, remained inconclusive on Wednesday.

Anubhav has reportedly also filed a petition in the Family Court here, alleging contempt of court by Varsha. The next hearing has been posted to Thursday. Since MP will be leaving for New Delhi on Thursday to attend the monsoon session of Parliament, further conciliation will be held on another date, sources said.

Notably, the Family Court, which is hearing the divorce suit filed by Anubhav, had ordered for the counselling of the couple on July 9.

The divorce suit filed in Patiala House Court in New Delhi on July 6, 2020, was transferred to the court in Cuttack following a Supreme Court ruling on March 5 this year.

The couple had been bickering both in public and social media since the crack in their relationship came to the fore last year.

On June 24, Anubhav had accused of deliberately prolonging the Domestic Violence case, which she had filed in the SDJM court in Cuttack on August 7, 2020, by skipping the hearing.

Varsha’s lawyer R K Rath, however, had alleged that Anubhav was overlooking the procedures of law misusing his power as an MP.

It may be mentioned here that on August 31, 2020, Varsha had filed a petition before the Sub Divisional Magistrate of Cuttack under Section 12 of Protection of Women from Domestic Violence Act, 2005, alleging that her husband used to hit her while in an inebriated state. Accusing Anubhav and his family members of stopping her from working in films, she had demanded compensation and damages for the loss of her income, medical expenses, rent and monthly maintenance totalling Rs 15 crore.

Varsha also filed a separate petition under section 9 of the Hindu Marriage Act for restitution of conjugal rights.

International Pool Of Faculty To Help Higher Education In Odisha