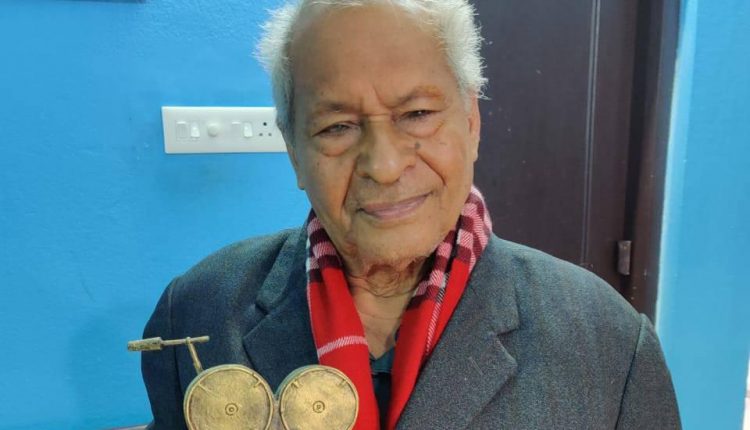 Bhubaneswar: Veteran producer-director Ghanashyam Mohapatra will be conferred with the prestigious Jayadev Award. This was announced along with other 31st State Film Awards for 2019 on Friday.

The award is given to a film personality for outstanding contribution to the growth and development of Odia cinema. He will be felicitated with a cash prize of Rs 2 lakh, certificate of honour.

Mohapatra’s first documentary “Maa & Shisu” won Best Documentary Award from the Odisha government in  1975.  During 1963–82, he was the first from Odisha to be in the  All India  Panel of Film Division, Bombay. In 1974, he ventured into the feature film domain with ‘Kanaklata’, an inspiring tale of realistic cinema.

Director Nila Madhab Panda will be conferred with the Mohan Sundar Dev Goswami Award with ‘Kalira Atita’ being picked as the Best Film for 2019. He will also receive the Best Director Award for the film, which had recently bagged the National Film Award for Best Feature Film in Odia.

Saroja Parida and Kabya Kiran will receive the award for best actor and actress respectively for ‘Khusi’ while Aishwarya Mishra has been adjudged the Best Child Artist for the same movie.

Other awardees are as follows: