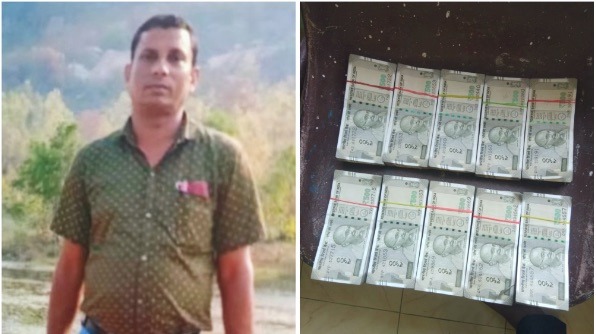 Bhadrak: Vigilance officials conducted raids on the official residence of a superintending engineer of Odisha’s Bhadrak district after he was caught with Rs 5 lakh bribe money on Thursday.

The superintending engineer, Salandi Canal Division in the district, Srimanta Sethy, had allegedly taken bribe from some contractors for approving their false bills for different projects. While he was giving the bribe money amounting to Rs 5 lakh to his brother-in-law Karunakar Sethy, a shop-keeper, the Vigilance sleuths nabbed them.

The Vigilance officials recovered the ill-gotten money and seized it. Superintending engineer Sethy could not account for the seized money satisfactorily, a Vigilance release said.

Following interception, the Vigilance conducted simultaneous searches on properties of Sethy at his government quarters at B/5 Delta Colony, Unit VIII, Bhubaneswar, residential house at Bhadrak town and brother-in-law’s house at Khantapada in Balasore.