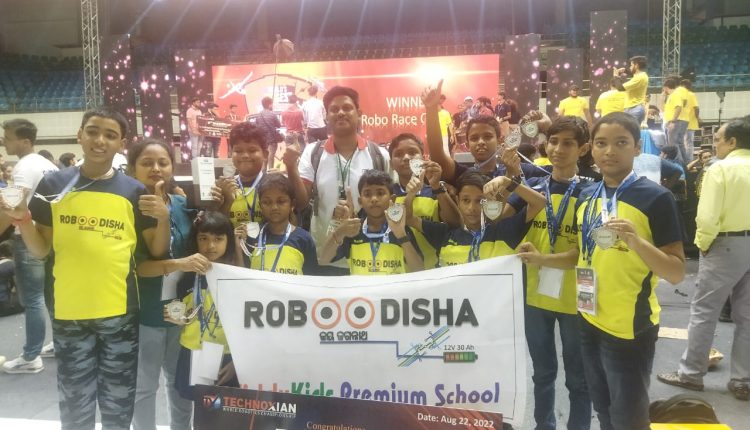 Robo-Odisha, the team of 10 students from Kiddy Kids Premium School, Jajpur Road, Jajpur along with Captain Rasmita Mohanty and Manas Ranjan Mohanty, Principal of the school participated in the event. The team bagged the first prize War Robot design and second prize in the Junior Robo Race Challenge Competition. This is the First International Award for Odisha in World Robotics Championships held so far. 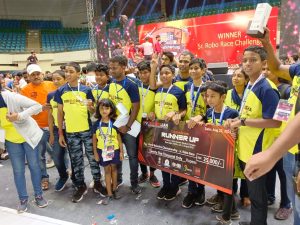 As remarked by the match referee and president of All India Council Of Robotics & Automation, the team’s Robot was the only World Class Designed Robot in the entire event. The Team was felicitated with cash awards, certificates and trophies for their achievement.

More than 1000 teams from India and 11 outside countries participated in various competitions in the two-day championship.