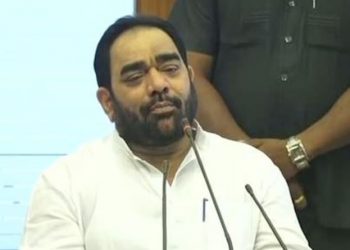 Placing the proposal at the State Forest Ministers’ Conference —presided over by Javedkar and attended by all Forest Ministers of 30 states of the country through video conference — Arukha stressed on early approval of the proposal in municipal corporations of Bhubaneswar, Cuttack, Sambalpur, Rourkela and Berhampur. The total project budget is estimated at Rs 13.84 crores.

To increase the number of dolphins and lions in the country, Project Dolphin and Project Lion will also be implemented.

Arukha said about Odisha’s long tradition of forest conservation by forest dependent communities. The State has 33.15 per cent of Forest cover as per 2019 State Forest Report as mandated in the National Forest Policy.

Despite bearing the brunt of natural calamities like cyclones and floods, Odisha has gained 929 sq km of Forest and Tree cover in the last couple of years and has gained 4586 sq km in last two decades.