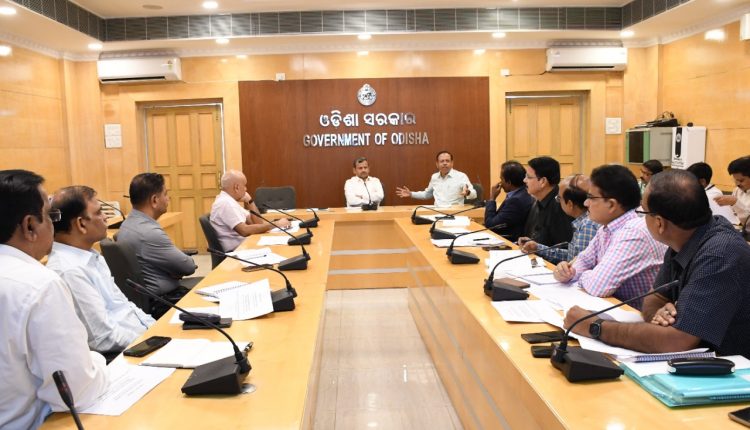 Bhubaneswar: The Odisha government will prepare a comprehensive five-year perspective plan for the development of basic infrastructure, including road communication, in peri-urban areas surrounding all urban local bodies.

Chief Secretary Suresh Chandra Mahapatra on Wednesday directed the departments to improve road communication and basic service infrastructure in peri-urban areas. He gave this direction while presiding over a high level meeting held in Lokseba Bhawan conference hall in Bhubaneswar.

He added that development of good road communication in the peri-urban areas would facilitate the traffic flow into and out of the towns. Provisions of quality water supply, power supply, market places, and basic services in these areas while decreasing the burden of housing in the ULBs would add to ease of living and enhance satisfaction level of the people.

The issues relating to road cutting for laying and water pipes, swerage lines, underground cablings in important urban centers; and, timely shifting of utilities from the roads taken up for widening were also discussed and resoled in the meeting. More specifically, the issues relating to shifting of electric poles and substations for development of major junctions namely Rasulgarh square, Kalpana square, Ravi talkies square, Beherasahi chhak etc in Bhubaneswar Municipal Corporation area were discussed and resolved in the meeting.

Development Commissioner Pradeep Kumar Jena directed that road cutting for lying of cables and pipes would be given by the concerned road owing authorities. The agency or department executing the work should restore the road to its original shape immediately after the work in one portion of the road is over.

Mamata Meets ‘Brother’ Stalin In Chennai; Was It Just A Courtesy Call?