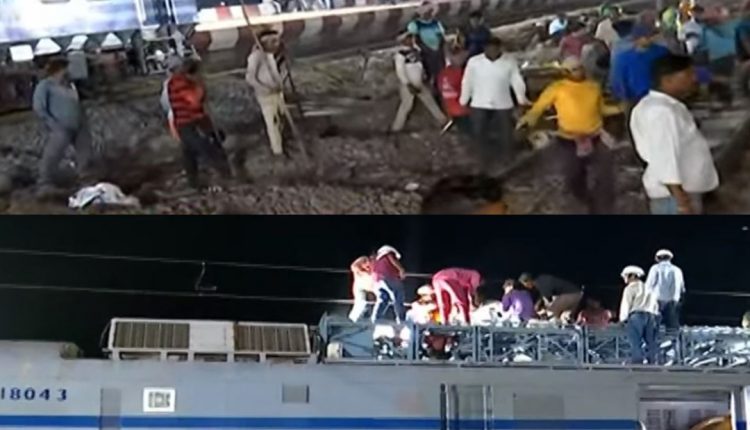 Bhubaneswar: All the derailed wagons have been cleared from both the lines after a goods train derailed and crashed into a waiting hall causing the death of three persons at Korei in Odisha’s Jajpur district on Monday. Train traffic on the route will be resumed soon, said a senior railway official.

One line is now fit for traffic and movement of trains will start shortly, said an official of the East Coast Railway (ECoR).

ECoR General Manager Roop Narayan Sunkar, who visited the mishap site, said movement of trains on the route is likely to be restored after 10 pm.

A thorough probe is being conducted into the mishap and stringent action will be taken against anyone gound guilty, he said.

Commissioner of Railway Safety (CRS), M M Choudhury also visited the accident site for preliminary examination of the place before a proper probe is launched.

Three persons were killed after 8 wagons of the goods train from Dongoaposi in Jharkhand to  Chhatrapur Odisha got derailed at Korei blocking both up and down lines.

Relief train and accident relief medical teams were rushed to the site immediately for restoration work.

ECoR General Manager along with Principal Heads of the departments monitored the restoration work  at the site so that train traffic movement will be done at the earliest along with relief work.

Wagons from rear portion and front portion of the affected train were taken away from the accident site.  The affected wagons were also cleared from the track and the down line is fit for traffic. Restoration work for Over Head Equipment (OHE) work is on war footing, sources said.

Over 270 Bangladeshis Enter Mizoram To Escape From Armed Conflict